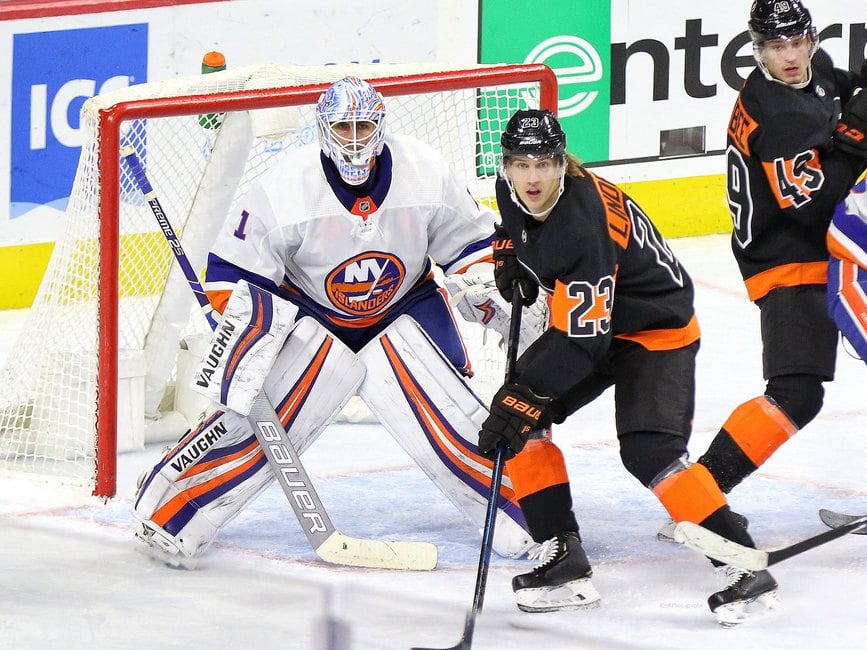 The New York Islanders have played tremendous hockey to start the 2020 NHL Playoffs. They pulled off an impressive series win over the Florida Panthers in the Qualifying Round and then won their opening-round series over the Washington Capitals. Despite dropping Games 2 and 5 to the Philadelphia Flyers in their second-round series, the Islanders earned a shutout win in Game 1 and now have a 3-2 series lead. They are the verge of advancing to the Eastern Conference Final for the first time since 1993.

So far, New York has done a tremendous job of battling every night in the postseason. Despite improving from last year when they were swept in the second round by the Carolina Hurricanes, the Islanders need to take advantage of what a great opportunity they have with so many things going right both on and off the ice, as they make a run at a fifth Stanley Cup.

“We all realize how big this opportunity is,” said Casey Cizikas. We want to play well for everybody watching back on the Island and we want to prove to ourselves that we can do this. And we have the team that can.”

The Islanders traded for Jean-Gabriel Pageau at the deadline. Since John Tavares signed with the Toronto Maple Leafs as a free agent in 2018, the club has not had four centers this strong, with Mat Barzal, Brock Nelson, Pageau, and Casey Cizikas. For most of the 2019-20 season, the Islanders struggled to put out a competent third line and were exposed at the end of the regular season. Pageau has not only made his linemates, Leo Komarov and Derick Brassard, better, but he has also provided offense to a team that has needed secondary scoring.

Pageau has also contributed on the penalty kill with Cizikas and has allowed Nelson to receive more ice time at five-on-five. After Cizikas was injured, Nelson spent most of the season as a penalty killer. With everyone healthy, he has stood out in the playoffs, scoring five goals. Every shift that the Islanders roll out features a terrific center, which gives them an advantage over many of the teams remaining in the playoffs.

The Islanders will have to pay Barzal to keep him. There is no avoiding that free agents have not been willing to sign with the club and management has an opportunity to go far in the playoffs before his big payday when he becomes a restricted free agent at the end of this run. He will likely be the club’s highest-paid player next season, and the Islanders need to take advantage of paying a superstar less than $1 million.

If general manager Lou Lamoriello is able to re-sign his superstar, he may not have the opportunity to go out at the trade deadline and acquire quality players as he did with Pageau and Andy Greene this season.

Semyon Varlamov came over after a couple of rough seasons with the Colorado Avalanche and has been the best goaltender in the playoffs, highlighted by a pair of shutouts. The Islanders also saw their backup Thomas Greiss win a game in a back-to-back earlier in the series and have to capitalize on Varlamov and Greiss as performances like these are not easy to duplicate.

There are often unlikely heroes in a championship season. Varlamov and Greiss have been that for the Islanders. The team can only hope they will continue to be solid in what will be a challenging Game 6 and onto another couple of rounds in the postseason.

If this series continues to follow the same trend, Game 6 will be tightly-contested. The Islanders have battled back from multiple-goal deficits twice, and they need to do themselves a favor by getting the lead early in Game 6. Awaiting the winner of the Islanders and Flyers is the Tampa Bay Lightning. New York has had success in the past during the regular season with the Lightning. Before they can get ahead of themselves, they will need to beat the Flyers first, but the path to a championship looks promising for the Islanders.

Lynch, Kemp, Bird among stars at Kraken draft
Devils Should Consider a Reunion With Larsson
3 Reasons the Kraken Will Take McCann From the Maple Leafs
Rangers’ Lindgren Is the Perfect Defense Partner for Fox
Predators acquire Glass in three-way deal