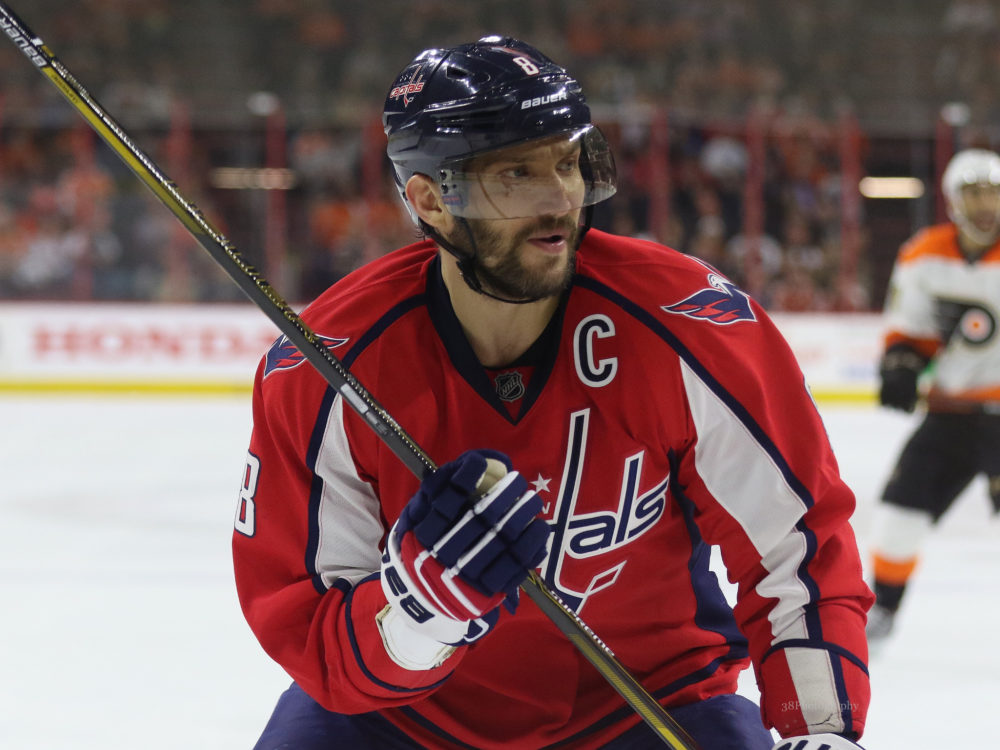 Some of the greatest players from multiple National Hockey League eras had big moments on this date. Everything from birth dates, to the signing of a first professional contract, to being and traded and even retiring.

Although it took over a year to get done because of the owners’ lockout that cost the NHL its 2004-05 season, Alex Ovechkin signed his entry-level contract on Aug. 31, 2004. The Washington Capitals selected Ovechkin with the first pick of the 2004 NHL Entry Draft.

Ovechkin’s greatness was shown from the very beginning as he scored two goals in his NHL debut versus the Columbus Blue Jackets on Oct. 5, 2005. He won the Calder Trophy, for being the league’s top rookie, by scoring 52 goals during the 2005-06 season.

Winning trophies and 50-goal seasons became the norm for Ovechkin. He has scored at least 50 goals in eight of his 15 NHL seasons, so far. Had the 2019-20 regular season not been shortened due to the COVID-19 pandemic, he would have scored at least 50 goals for a ninth time. He is one of just eight players to ever score 700 goals and if he continues to play at his high level, 800 may not be too far away.

Ovechkin has won the Hart Trophy and Ted Lindsay Award three times, for being voted the most valuable player by both the writers and his peers. He has won the Rocket Richard Trophy, for leading the league in goals, nine times. In 2018, he won the Conn Smythe Trophy for being the most valuable player of the postseason as he and the Capitals won their first Stanley Cup.

Robitaille Heads to the Big Apple

Changing addresses during the summer was nothing new for Hall of Fame winger Luc Robitaille. On Aug. 31, 1995, the Pittsburgh Penguins traded Robitaille and defenseman Ulf Samuelsson to the New York Rangers for forward Petr Nedved and defenseman Sergei Zubov.

Samuelsson played 287 games in a Rangers uniform before he was dealt to the Detroit Red Wings at the 1999 trade deadline. Nedved scored 45 goals in his first season with Penguins. After another 33 goals during the 1996-97 season, he was traded back to the Rangers for Alex Kovalev.

Zubov played in 64 games during his lone season with the Penguins. The following offseason, he was traded to the Dallas Stars for Kevin Hatcher. He laid the foundation for his 2019 Hockey Hall of Fame induction during his 10 seasons with the Stars.

Former #1 Pick Retires…..For a Little While

Veteran defenseman Rick Green announced his retirement, on Aug. 31, 1989, after 13 seasons with the Capitals and Montreal Canadiens. Green was originally drafted by Washington with the first overall pick of the 1976 NHL Amateur Draft. Just prior to the 1982-83 season, he traded to Montreal, along with Ryan Walter, for Brian Engblom, Rod Langway, Doug Jarvis and Craig Laughlin.

The Kings signed veteran free-agent center Pete Stemkowski on Aug. 31, 1977, after he spent the previous seven seasons with the Rangers. Stemkowski, who won a Stanley Cup with the Toronto Maple Leafs in 1967, played in 80 games for the Kings. The 34-year-old scored 13 goals and 31 points in his 15th and final season in the NHL.

On Aug. 31, 1978, the Philadelphia Flyers traded defenseman Joe Watson to the Colorado Rockies for cash. Watson had been with the Flyers since day one after he was selected off the Boston Bruins’ roster in the 1967 NHL Expansion Draft. He played in 746 games in Philadelphia and was a part of back-to-back Stanley Cup championships in 1974 and 1975. Watson dressed in just 16 games for the Rockies before calling it a career.

Bellows scored 40 goals and 88 points for the Canadiens during the 1992-93 regular season and another six goals and 15 points during their postseason run to a Stanley Cup victory. Overall, he scored 81 goals and 185 points during his 200 games in Montreal before being traded to the Tampa Bay Lightning in 1995. Courtnall scored 30 goals and 97 points in his season and a half with the Stars organization before being dealt to the Vancouver Canucks.

The Stars, now in Dallas, signed free-agent forward Pat Verbeek on Aug. 31, 2001. This was Verbeek’s second stint with the Stars. He played with them for three seasons, including 1998-99 which ended with a Stanley Cup championship. He returned to Dallas after two seasons with the Red Wings. He scored seven goals and 20 points during the final 64 games of his 20-season NHL career.

A total of 23 players born on Aug. 31 have skated in at least one NHL game. This impressive group includes two Hall of Famers and three players who dressed I over 1,000 games.

The first Aug. 31 birthday boy to play in the NHL was Ellie Pringle. Born on this date in 1911, Pringle, a defenseman, played in four games for the New York Americans in 1911. The most recent of this group to appear in the NHL was former Atlanta Thrashers goaltender Ondrej Pavelec, who turns 33 today.

The first of two Hall of Famers born on this date was Jean Beliveau, in Trois Rivieres, Quebec, in 1931. After turning down multiple offers, he finally joins the Canadiens in 1953 and remains with the team through the 1970-71 season.

Beliveau played in 1,125 games, scoring 507 goals and 1,219 points while winning 10 Stanley Cups. He gets his name on the Stanley Cup seven more times working in the Canadiens’ front office after his retirement.

The other one was defenseman Scott Niedermayer, who was born on Aug. 31, 1973, in Edmonton. His path to the Hall of Fame started when the New Jersey Devils used the third overall pick of the 1991 NHL Entry Draft to select him. Upon his retirement in 2010, he played in 1,263 games with the Devils and Anaheim Ducks, scoring 172 goals and 740 points.

Niedermayer won four Stanley Cups, three with the Devils and one with the Ducks. He was the Conn Smythe Trophy winner for the Ducks 2007 championship. He also won the 2004 Norris Trophy for being voted the best defenseman in the league. In addition to his Stanley Cup success, he won an IHF World Championship, an Olympic gold medal, a World Junior Championship, the Memorial Cup and the Canada Cup.