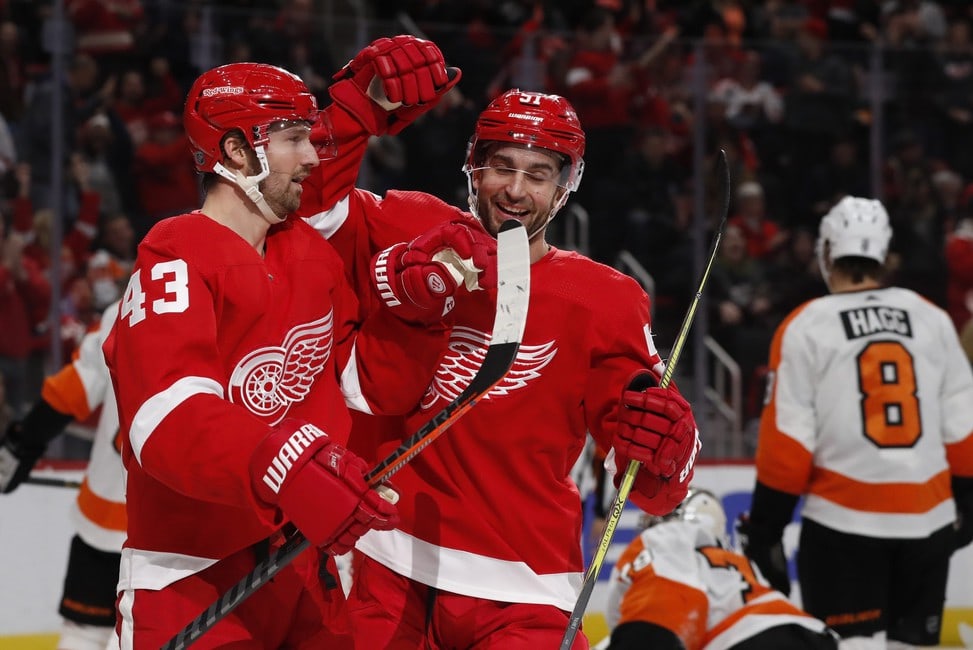 It’s officially Halloween and though it might look different this year — much like how the 2019-20 NHL season and playoffs were different because of COVID-19 — one thing that remains the same is that people like a good scare.

Unless you’re somebody who works in advanced stats or analytics, and if that is the case, you might want to turn back and exit this article as we are about to break down the five scariest advanced stats players from this past season! A team so frightful that it would give the even the most hardened analytics employee or writer nightmares.

First, some guidelines. We will select one player from each position to create the scary advanced stats on-ice team. Additionally, we can’t select more than one player from the same team in the interest of fairness.

So, turn off the lights, get out your candy, and hold on tight to your loved ones, because here are the scariest 2019-20 advanced stats team…

Our rule to select only one player from a team saved some of his teammates from what was a dreadful 2019-20 season with the Detroit Red Wings. But given that Nielsen is one of the veterans on that club at 36 years old and has one of the highest salary average annual value’s at $5.25 million, he earns the dubious honour of making this team.

Much like in baseball, wins above replacement or WAR, is a great tool to analyze a player’s value to their team’s lineup in relation to other players on the roster. In that instance, Nielsen struggled with a -1.3 WAR. Even worse were his Goals Above Replacement (GAR) rate at -7.5, and his Standing Points Above Replacement (SPAR) rate of -2.6.

Nielsen wasn’t any better in the face-off circle either, only managing a 46.1% success rate while also posting a ghoulish face-off percentage of 31.8% in the offensive zone, while recording a better but still mediocre rate of 49.5% in the neutral zone and 47.1% in the defensive zone.

The winters in Edmonton can be pretty cold and scary, but so too were Khaira’s advanced numbers from the 2019-20 season. While he did post better numbers in WAR (-0.5), GAR (-2.9), and SPAR (-1) than Nielsen did at center, it is worth diving into some deeper stats to look at his performance from last season.

According to Natural Stat Trick, Khaira had a Goals For percentage rate, which measures goals scored for and against while he was on the ice, at 30.36%. Further to that, he was only on the ice for 22.4 expected goals for and 37.1 expected goals against.

Dealt about halfway through the season in early January from the Flames to Buffalo in exchange for a 2020 fourth-round pick, the change in scenery did not spook up any better advanced stats for Frolik.

In the trade, the Sabres absorbed all of Frolik’s $4.3 million cap hit, with the 32-year-old Czech winger now an unrestricted free agent this offseason, still awaiting a deal after finishing off a five-year, $21.5 million contract that he originally signed in 2015 with the Flames.

I know what you’re thinking, aren’t both of these players on the same team, thus breaking your caveat of no players from the same team? Well, they are now, with Johnson signing a one-year, $1.15 million deal with the Rangers in the offseason. But that’s a problem for next year’s scary advanced stats article, as he played in Pittsburgh last season. While it’s also likely a problem for the Blueshirts, I digress.

Among defensemen to have played at least 50 games last season, Smith ranked last in goals for percentage (GF%) with 42 goals scored against while he was on the ice and only 14 scored for, giving him a GF% rate of just 25 percent.

Johnson’s GF% rate was a little better meanwhile at 42.48 percent, but that was rescued by playing for a better Pittsburgh team that scored 48 goals for while he was on the ice, compared to 65 goals against.

Finally, another valuable analytical tool to evaluate overall play is Game Score Value Added (GSVA). Created by Dom Luszczyszyn of The Athletic, GSVA puts a quantitative value on a player’s worth in lineup, factoring in the following variables:

According to Dom’s advanced stats, Smith registered a -1.36 GSVA, while Johnson was similarly bad at -1.14. Looking at WAR doesn’t improve matters for either defenseman as Smith had a -1.3 WAR, while Johnson finished with a -1.7 wins above replacement rate.

Our self-imposed rule of not including more than one player per team saved Jimmy Howard, who had an historically bad year in Detroit. But finding a replacement for him was not too much of a tricky proposition as he did not have much of a treat last year in net with the Minnesota Wild.

Goals Saved Above Expected (GSAx) is a great tool to identify which goalie is not only making their expected saves but is also taking away expected goals. In this area, Dubnyk put up a league-worst -27.49 GSAx during the 2019-20 season.

As we can see from the chart below, Dubnyk was a liability in net for the Wild last season, posting below average numbers in all defensive metrics including Fenwick Save Percentage (FSV%), Differential Fenwick Percentage (dFSV%), and Expected Goals Above Replacement per Fenwick Against (xGAR/FA) which measures such metrics as goals, shots on goals, and missed shots.

However, it is also important to compare these numbers to league averages amongst goalies. A good way to evaluate this is to study a goalie’s Goals Saved Above Average (GSAA), which is calculated by taking the league save percentage and multiplying that by shots on goal against, and then subtracting that number by that goaltender’s goals against.

Here, Dubnyk posted a -15.45 GSAA, which was sixth worst in the league, with goalies such as Braden Holtby, Pekka Rinne, Sergei Bobrovsky, and Martin Jones posting worse GSAA rates.

With the Wild trading Dubnyk and a seventh-round pick to the San Jose Sharks in exchange for a fifth-round pick in 2022, the Sharks will be hoping that Dubnyk can turn things around and that the clock has not struck 12 and turned him into a pumpkin… Last Halloween pun, I swear.

All stats courtesy of Evolving-Hockey, Natural Stat Trick, and The Athletic.