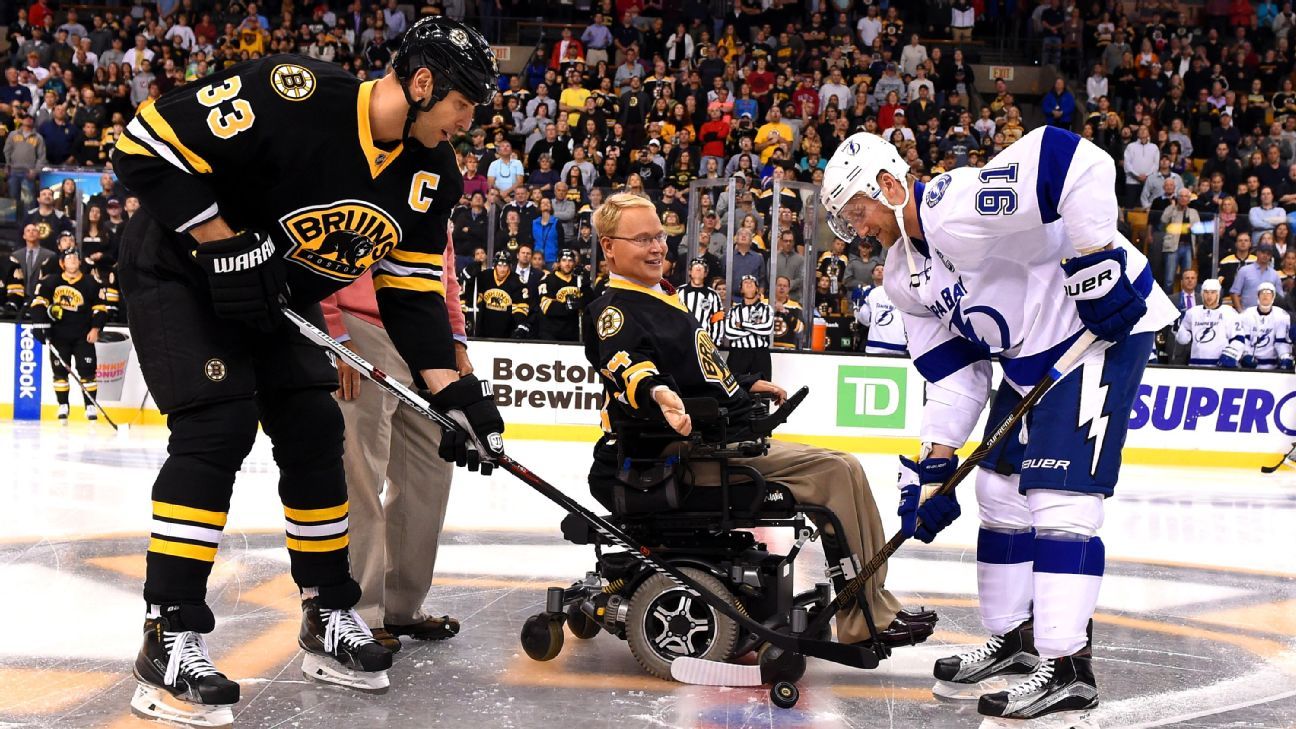 Former Boston University hockey player Travis Roy, who was paralyzed after an injury in 1995 and became a philanthropist for spinal cord injury treatment, has died at 45.

A family spokesperson told WCVB in Boston that Roy died in Vermont due to complications from a procedure he needed to maintain his quality of life.

Roy slid head-first into the boards just 11 seconds into his first shift for BU on Oct. 20, 1995. He cracked his fourth vertebrae which left him a quadriplegic. Roy had since regained movement in his right arm.

The foundation has awarded over $4.7 million in research grants. In commemoration of the 20th anniversary of his injury, Boston University established a Travis Roy professorship in rehabilitation sciences with $2.5 million from anonymous donors for the foundation.

His story touched every corner of the hockey world, but resonated loudly in Boston. The Boston Bruins donated to his foundation through the years and in 2015 signed him to a one-day contract before he dropped the ceremonial puck prior to their home game. Boston mayor Marty Walsh also declared that Oct. 20 was “Travis Roy Day” in 2015.