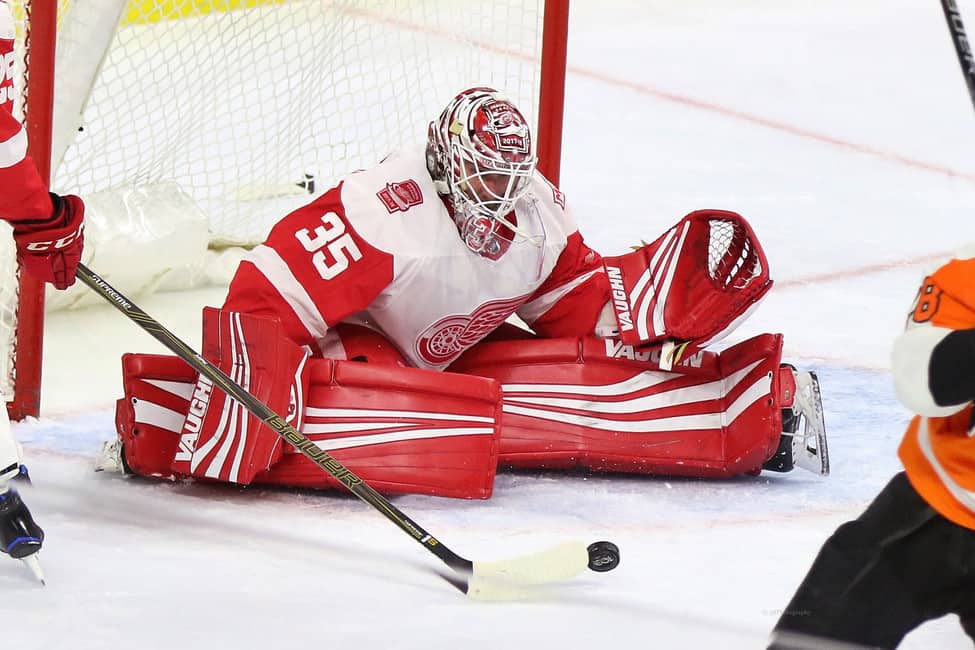 We are now one week into the 2020-21 season and the Detroit Red Wings are 2-2 four games in. While attention has mostly, and understandably, been on the ice, there have been some recent developments worth mentioning. These are those developments.

Just days after forward Darren Helm and defenseman Christian Djoos were allowed to join their teammates following their stint in COVID protocol, forwards Robby Fabbri and Adam Erne began their own stints.

This is going to be an ongoing theme of this season as teams and players do their best to stay safe while the virus continues to ravage North America. This is why the taxi squad was implemented, and it’s why arenas are only allowing limited fans in some places and no fans in others.

This particular situation regarding the Red Wings is one to watch because the NHL recently announced that they postponed a game between the Carolina Hurricanes and the Nashville Predators due to multiple Carolina players testing positive.

The Red Wings began their season with two games against the Hurricanes on Jan. 14 and 16. Depending on when Carolina’s players came into contact with the virus, this could mean trouble is on the horizon for the Red Wings. Fabbri and Erne heading into protocol could be an unfortunate coincidence or a sign of things to come.

Either way, we hope that everyone involved stays healthy and can rejoin their teams as soon as possible.

Rasmussen Gets a Chance

With Fabbri exiting the lineup, 21-year-old Michael Rasmussen was the first player from the Red Wings’ taxi squad to receive an opportunity to play some NHL minutes. While we already pegged him as a potential break-out candidate for this season, Max Bultman of The Athletic covered his preparation for this opportunity, as well as what his teammates and coaches see from him.

“One thing that shouldn’t be lost here, though: As much as Rasmussen is the one responsible for proving he’s ready to play on a more prolonged basis in Detroit, the Red Wings would benefit just as much as him if he does so,” Bultman wrote. “Their depth at center is still relatively weak behind Larkin, and Rasmussen, while green, still has the potential to give the Red Wings a unique presence in the middle of the ice and down low with his physicality.” (From “Michael Rasmussen’s early opportunity is big for him and the Red Wings” – The Athletic – 1/20/21)

As Bultman notes later on in the article, Rasmussen is likely destined to rejoin the taxi squad once Fabbri and Helm reclaim their roster spots. However, continuous strong play like the kind he has shown through two games will go a long way towards locking down a full-time gig in Detroit.

While he has not confirmed the news himself, news leaked that former Red Wings goaltender Jimmy Howard will soon announce his retirement from the NHL following a career that spanned 14 seasons and 591 games (regular season and playoffs), all with the Red Wings.

Drafted 64th overall by the Red Wings in the 2003 entry draft, Howard is the last Red Wing to be a finalist for the Calder Trophy as Rookie of the Year, doing so during his break-out campaign during the 2009-10 season. He overtook Chris Osgood for the starting role that season and never looked back. He was the team’s starting goaltender from late 2009 until 2015, and then again from 2017 to 2019.

According to NHL insider Elliotte Friedman, former Red Wings general manager Ken Holland, now with the Edmonton Oilers, reached out to Howard – who Holland drafted – in regards to the Oilers’ shaky goaltending situation. Instead of heading north of the border, it appears the #35 will stick to coaching his children and retiring after what was a relatively successful career- despite what some might tell you.