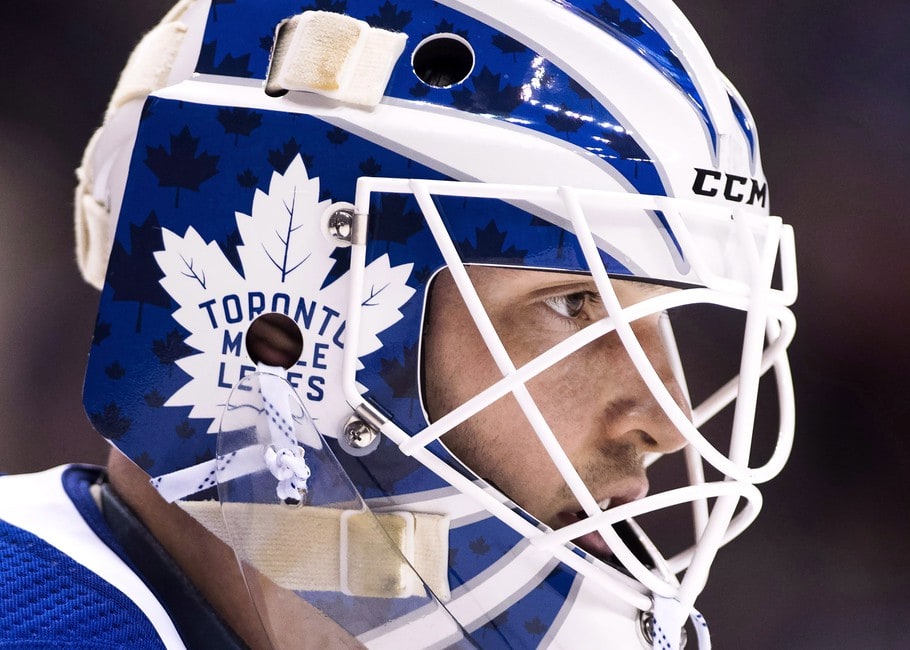 When Michael Hutchinson signed a two-year, two-way contract with the Toronto Maple Leafs during the offseason, most Maple Leafs fans believed that general manager Kyle Dubas was simply setting the team up for the Seattle Kraken draft where the organization would expose Hutchinson as a possibility for the Kraken. How things have changed recently.

Hutchinson’s contract carries an NHL average annual value of $725,000, which is still a bargain. He began the 2019-20 season with the team and played in 15 games with the big club and four AHL games with the Toronto Marlies. After Hutchinson was traded to the Colorado Avalanche, he played one regular-season match before being placed in the middle of the playoff action, where he played in four games during the postseason.

Hutchinson showed well during the playoffs when he nearly led the Avalanche to a Stanley Cup Final. In fact, his back-to-back wins in Game 5 and Game 6 helped to extend his team’s season. During that process, he became only the seventh goaltender in NHL playoff history to win his first two career postseason starts in games when his team faced elimination. He played well.

With Jack Campbell likely sidelined for a number of weeks with a leg injury, Hutchinson will assume the backup goalie’s position with Toronto until Campbell returns. The now 30-year-old goalie might see some time in the Maple Leafs’ net – or, perhaps not should Campbell return quickly.

Whatever the situation, Maple Leafs’ head coach Sheldon Keefe believes that the team should have no problem managing the goalie situation – even though it might mean that starter Frederik Andersen will have an increased workload.

During a Sportsnet Interview, Keefe Says He’s Confident in the Team’s Goalies

On the video below, fans can listen to the Maple Leafs head coach’s press conference where he discusses losing back-up goalie Campbell and talk about why he’s not worried about the increased workload ahead for Andersen.

Keefe Has Two Reasons to Be Confident

During the interview, Keefe was asked how his team would adapt after Campbell was injured during the Calgary Flames’ game on Sunday and after Aaron Dell was claimed off waivers by the New Jersey Devils. As a result of those two losses – one by injury and one through waivers – the team’s goalie situation had changed dramatically. Only last week, the team had four NHL goalies: now they have only two goalies.

Keefe offered a standard response in that the team can only control what it can control, and “that’s the game.” He noted that, during the offseason, “you try to set yourself up with as much depth as possible to deal with whatever might come (y)our way.” But he noted that the situation might not be as bad as it looked from the outside for two reasons.

The first reason, as Keefe noted, was that “the way the schedule sets up here … is pretty favorable for us.” He believed Andersen could handle the workload because, as the team was “coming off of this trip, we’re going to have a little break and then we don’t have any back-to-backs … for awhile.”

As a result of the schedule Keefe believed “we’re set up pretty well there.”

The second reason might surprise Maple Leafs’ fans. Keefe offered an insight that fans might not fully agree with. However, Keefe’s logic is considered. He noted that “Hutch will be there as the backup” until the team gets “Soupy back to health whenever we can and whenever he’s feeling up to it.”

Then Keefe noted that he has lots of confidence in both Fred and Hutch. Keefe pointed out the fact that “You look at Hutch: I think there’s only one (other) player on our roster that was winning games in the second round of the playoffs last year (that was Zach Bogosian, who helped the Tampa Bay Lightning win the Stanley Cup).

From Keefe’s perspective, Hutch is “coming in here with a different level of confidence than what he had the last time around.”

If He Plays, Which Hutchinson Will Show Up?

Should Hutchinson play, it will be interesting to see which one shows up. Should it be the confident Hutchinson, who last postseason had success with the Avalanche, the Maple Leafs are laughing. As a fan, one can only hope.