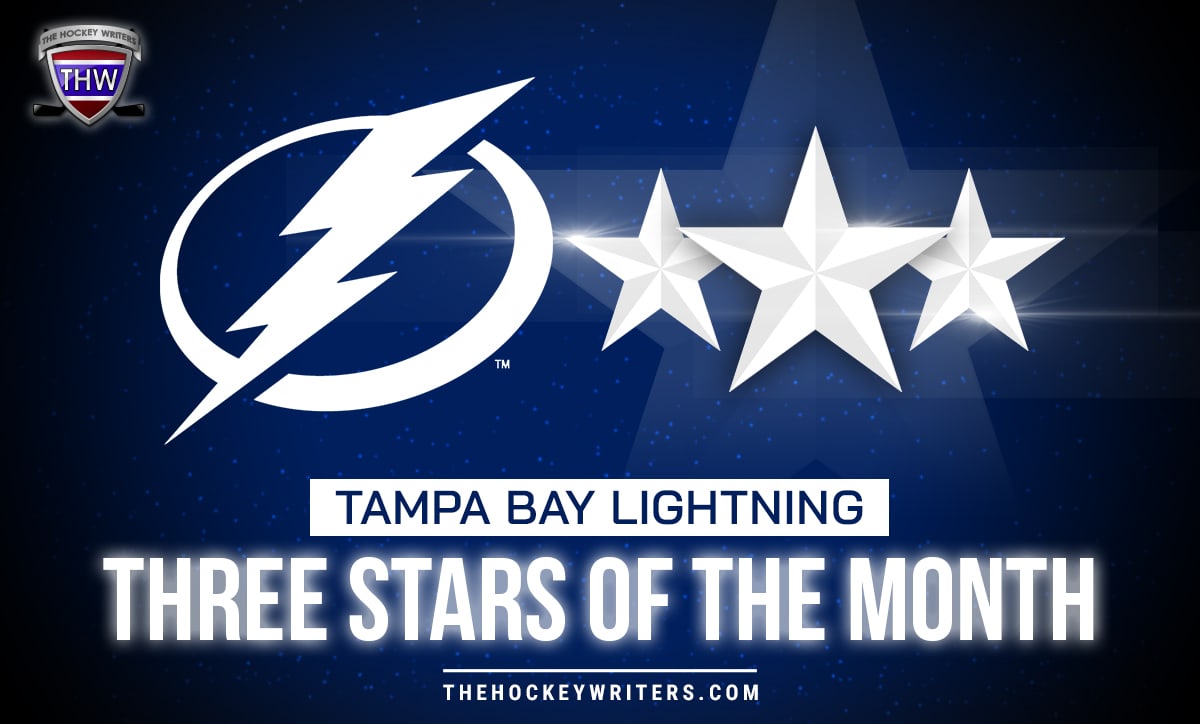 The Tampa Bay Lightning held off the Nashville Predators to finish January with nine points in six games played to open the 2020-21 season. Only the Florida Panthers, Dallas Stars, and Carolina Hurricanes have played fewer games than the Lightning who are currently sitting in third place in the Central Division. While the strong start is favorable for the Lightning in their quest to become only the second team to win back-to-back Stanley Cup Championships in the salary cap era, the Lightning will need to continue their steady play to keep pace in a tight division race.

Multiple players could be credited for the Lightning’s success to start the 2020-21 season — only Jan Rutta, Luke Schenn, and Pat Maroon have yet to register a point — but the following players were the top three standouts from the month of January for the Lightning.

Brayden Point, Alex Killorn, and Ondrej Palat have all started the season hot for the Lightning but the nod here goes to Cirelli who leads the team with five even-strength points. When Nikita Kucherov was lost for the season to surgery, the main question surrounding the Lightning was how they would look on the power play. Not only did Kucherov lead the team in power-play points last season he also led the team in even-strength goals and points as well.

Cirelli has filled the void nicely on the second line as his one goal and four of his five assists this season have come during 5-on-5 hockey. His plus-4 rating currently leads the Lightning as he has continued to show Lightning fans why Julien BriseBois made it a priority to resign him in the offseason.

Vasilevskiy easily could have been plugged into the First Star spot this month, posting a 4-1-1 record with a .925 save percentage (SV%) and a 2.15 goals-against-average (GAA). However, Vasilevskiy did struggle in the regulation loss to the Columbus Blue Jackets and late in the game against the Predators — the only games this season in which he posted a SV% below .920. The Big Cat’s consistency will be a huge factor when the offense goes through the expected struggles of a condensed season — as evident by his 34 save performance to force overtime against the Hurricanes and secure a point in a game where the offense was snake bit.

It is no surprise that the captain was the one leading the charge out of the gate to start the 2020-21 season. After only playing 2:47 of ice time in the 2019-20 Stanley Cup Playoffs, Stamkos came out ready to set the tone for his team in their quest to repeat as champions. He is tied for the team lead in goals and in points — and is currently tied for second in power-play points with three — but it has been his leadership by example that has stood out on the ice.

In the first six games played Stamkos has led all forwards in time on ice with just over 19 minutes played and has won over 63% of his faceoffs. Showing no signs of rust from his absence last season, his infectious work ethic will be huge for the Lightning in the coming months as they have younger players rotating through the lineup.

One thing that was expected due to the shortened 2020-21 season was the use of rotating players as teams tried to navigate the COVID-19 landscape. One unexpected benefactor for the Lightning has been Joseph. His roster status was unknown up until opening night, yet he has appeared in every game so far this season — partially due to Mitchell Stephen’s unfortunate injury. With Joseph being able to move from wing to fill in at center on the fourth line he has proven invaluable to the Lightning early this season.

With the first month of the 2020-21 season in the books, the Lightning are proving that their dominance in last year’s bubble was no fluke. Through six games, the Lightning look to have the depth, goaltending, and star power of a team poised to make a deep playoff run.