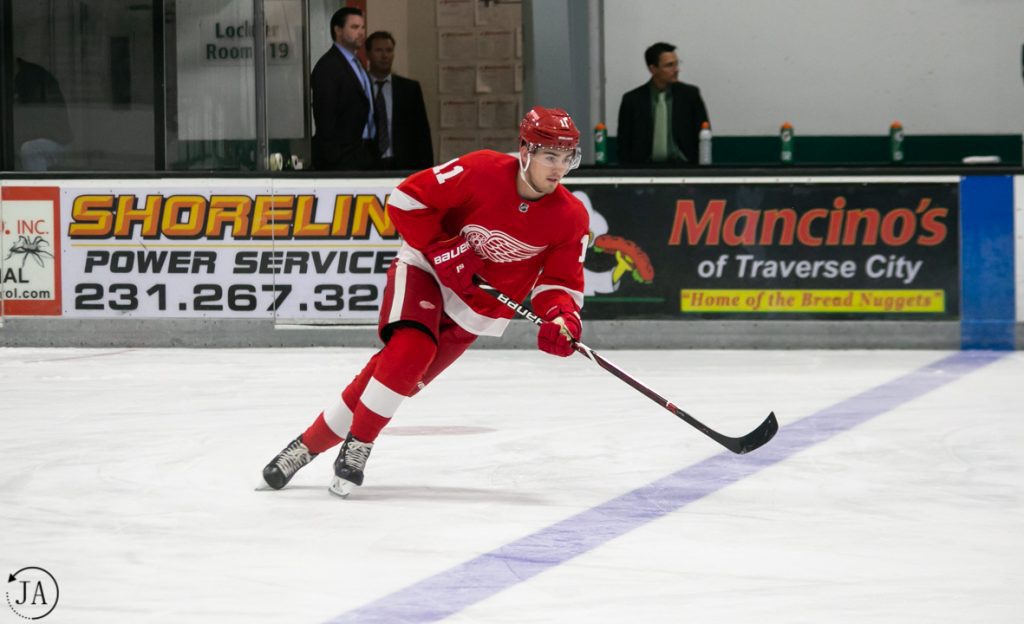 The Detroit Red Wings are off until Wednesday, but there’s news to share in the meantime. Check out the latest updates from Hockeytown, including COVID list commentary, taxi squad movement, and the latest on Moritz Seider’s shoulder injury, plus much more.

Inserting Sam Gagner, Robby Fabbri, and—to a lesser extent—Adam Erne into the lineup will give the Red Wings some sorely needed depth up front. Filip Zadina’s return would do the same, though we’ll have to wait a couple more days to see the 2018 first-round pick back on the ice.

The team could certainly benefit from the added offense. During their six-game skid, Detroit has scored 1.83 goals per game and their power play has been powerless. Fabbri and Gagner should immediately slot into power play roles, whether that’s on the first or second unit.

Jon Merrill’s return presents an interesting decision for Detroit’s coaching staff – who comes out of the lineup?

Marc Staal seems like the obvious choice, but his -6.61 corsi-against per 60 relative (CA/60 rel) at five-on-five suggests that he’s providing value in the defensive zone, despite what the eye test says. Christian Djoos could come out as well, but he seems to be clicking with Detroit’s top power play.

Regardless, the Red Wings will finally be able to showcase the depth that contributed to their series splits with the Carolina Hurricanes and Columbus Blue Jackets earlier in the season.

With several players likely to be activated from the COVID list this week, there were corresponding taxi squad assignments:

It’s likely that Givani Smith and Michael Rasmussen will remain on the taxi squad for the foreseeable future with everyone returning to health. They had previously been shuttled to and from the taxi squad on game days for salary cap purposes.

Both Smith and Rasmussen impressed during their NHL stints. Rasmussen’s skating, in particular, looked much better than it did during the 2018-19 season, when he played 62 games for the Red Wings as a 19-year-old.

Notably absent from this transaction was Taro Hirose, whose vision and playmaking abilities were a welcomed addition to Detroit’s top power play unit. Jeff Blashill recently praised his half-wall play. Perhaps the young forward will remain in the lineup once Fabbri, Gagner, and Erne are ready to go.

You hate to hear it, but Moritz Seider injured his shoulder last week and is expected to miss some time.

Rögle BK—Seider’s SHL team—provided an update after the defenseman was taken to the hospital:

“Further examinations were performed at the hospital, including an X-ray, which shows that it was better than we first feared,” Rögle’s physiotherapist Sven Thomsson shared on the team website. “He has soft tissue injuries and will go home for further examinations.”

It’s frustrating to see Seider get hurt, especially with the kind of season he’s having.

According to The Athletic’s Max Bultman, the SHL record for points per game by a U20 defenseman is 0.69. (from ‘Red Wings mailbag: Anthony Mantha’s slow start, Jeff Blashill’s job security’ – The Athletic – 1/28/21) Seider’s 24 points in 31 games puts him at 0.77 points per game – quite a feat for a prospect more known for his defensive zone abilities.

Despite the bad news, it appears that Seider will be fine for the 2021-22 campaign. He’s expected to join the Red Wings next season and provide some stability on the back end.