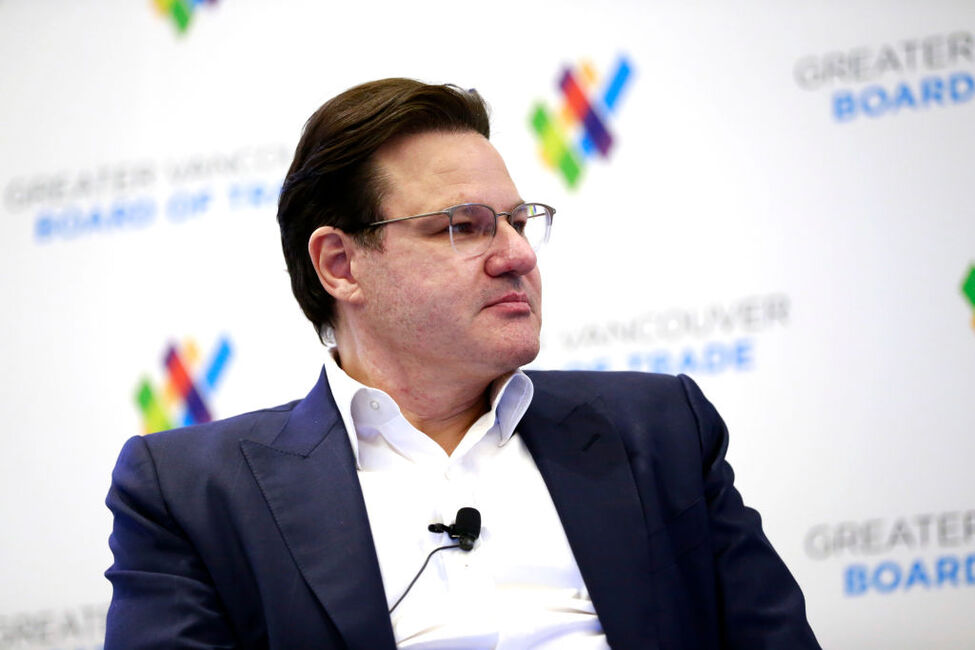 In today’s NHL rumors rundown, the owner of the Vancouver Canucks has spoken out against rumors that management and coaching staff jobs are in jeopardy based on the Canucks recent struggles. Joe Thornton commented on his return for the Toronto Maple Leafs and noted that he will play on Monday. Brian Burke made comments about the plans for the Pittsburgh Penguins during his last appearance on Sportsnet’s Hockey Night in Canada. The Edmonton Oilers got news on James Neal and Jesse Puljujarvi and there could be more movement in Carolina and Ottawa.

Canucks’ Owner Says He Has Confidence In Management

Francesco Aquilini took to social media on Saturday and published a public statement on the current state of his team. In the statement the Canucks’ owner backed both his general manager and his head coach, essentially dismissing rumors either’s jobs could be on the hot seat.

Parts of his statement included Aquilini saying it’s been a tough year for everyone and with very little training camp and few practices, this team just needs time. He noted he was disappointed in their start but he’s not about to panic. He noted recent improvements, even if the outcomes haven’t always been much different (the Canucks did pick up a big win Saturday night).

He then said it’s not alright to stay silent when the media starts pouring gas on the fire. He noted:

Contrary to what you may have read or heard, we’re sticking to the path we’re on: building on our core of young talent. Progression is not always a straight line. There is no easy fix, only patience, commitment, and hard work.

… I have full confidence in Jim, Travis, and this group. I have no plans to make changes.  #WeAreAllCanucks

Thornton Back in the Lineup For Maple Leafs Monday

Nick Robertson was loaned to the AHL on the weekend but news was that Thornton hadn’t been medically cleared so a return to the lineup was close but not official. On Sunday, the veteran forward made his own comments and said, “I can’t wait to play tomorrow.”

Thornton was on the ice for practice playing alongside Auston Matthews and Mitch Marner. Scott Sabourin was on a line with Jimmy Vesey and Jason Spezza. Needless to say, all of this suggests Thornton is on the verge of returning to the lineup after missing 10 games with a rib fracture and will likely be slotted in on the top line.

Morgan Rielly said of the veteran coming back: “I think it’ll be a big boost, especially with just the vibe in the room and the team morale. It’s a bit more upbeat, a bit more happy if you will. He just brings a lot. He’s a great player and he’s got great leadership.”

Penguins Will Try to Win With Current Group

During his final appearance as part of the Sportsnet panel on Saturday, Burke was asked what his priorities are for the first 30 days on the job in Pittsburgh. Suggesting there weren’t going to be sweeping changes or immediate trades, he noted:

He added that he believes Ron Hextall is the perfect guy to run the show. The good news is, it sounds like the veteran players many have discussed as being potential trade pieces approve of the Hextall and Burke hires as well. The Athletic’s Rob Rossi writes:

“Crosby and Malkin both endorsed the Burke-Hextall partnership, according to sources close to both star players…. This is not unimportant, as Lemieux has long expressed to confidants — and told previous GMs — that he wants Crosby and Malkin to retire as Penguins.”

Sportsnet’s Chris Johnston noted during the Headlines segment last night that the Carolina Hurricanes and Ottawa Senators trade is probably not the final chapter for the players involved in that deal. He noted that there will likely be additional moves, one of which already happened as Alex Galchenyuk was placed on waivers by the Hurricanes Sunday.

“Well, I don’t think that anyone involved in it should get too comfortable. Certainly from the Carolina end of things. I think getting Cedric Paquette in for them was the key to making this deal happen. They like what he can bring. Obviously coming off a Stanley Cup in the bubble with the Tampa Bay Lightning.

I don’t think it’s out of the question that Alex Galchenyuk’s stay in Carolina is short. He’s bounced around a lot in recent years and could be on the move again here in the near future.

And the Senators have a decision to make on a familiar face in Ryan Dzingel. He’s in the last year of his contract currently, and if they don’t want to keep him beyond this season, he’ll be someone I think will be flipped before the April 12th deadline for a pick.”

Neal joins a long list of veteran forwards who have cleared waivers in Edmonton this season. On Sunday, it was announced that he was not claimed by another team and will potentially join the Oilers taxi squad, or at least the Oilers have the option to place him there now.

Puljujarvi was also released from COVID protocol and given the go-ahead to return to practice with the Oilers after a third negative test on Saturday. He was placed on a charter flight back to Edmonton, is already practicing with the team and will be in the lineup on Monday against the Winnipeg Jets.

For a rundown on this past week’s rumors, check out the video below: