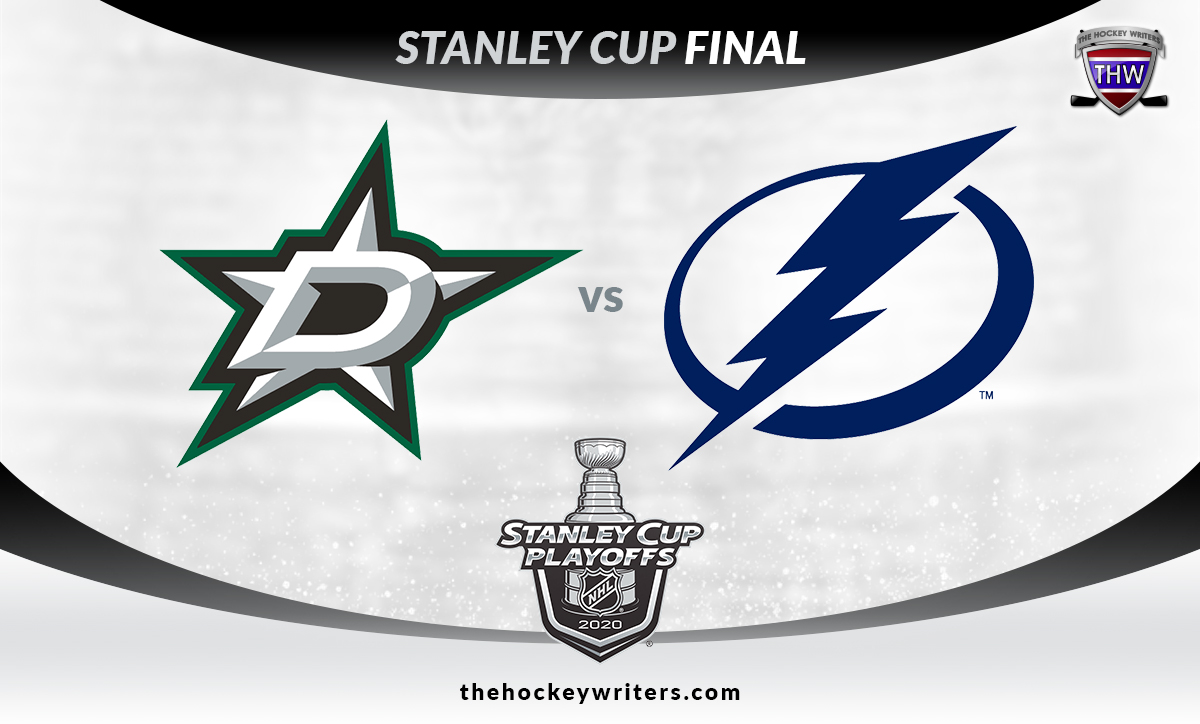 Last season’s Stanley Cup Final featuring the champion Tampa Bay Lightning and the runner-up Dallas Stars was a close affair between two evenly matched teams. The team from Texas rode the hot production from talented blueliners to help create a varied attack that had teams guessing. The Bolts relied more on the forwards to get things going, but aside from that, both squads got through the first three rounds in a similar fashion. Timely scoring, solid defensive play, hot goaltending and the ability to out-skate the opposition on most nights was the recipe for each team. So why has one team been so good this season while the other has been an abject disaster?

Let’s first take a peek at how close these teams actually were a year ago. The Lightning finished the abbreviated regular season 43-21-6 for 92 points in 70 games to finish second in the Eastern Conference. The Stars went 37-24-8 for 82 points, but in just 69 games played to finish third in the West. The Stars had also a rash of injuries before the pandemic shut everything down that led to a six-game losing streak right as the season came to a screeching halt.

The Lightning may have had the better record, but the Stars actually bested the Bolts in both meetings before all of the pandemic problems arose. Now, the regular season was one thing, but it was in the bubble where it really showed how even these teams were before they met as the last two standing.

The Bolts got to the Final on the back of a 12-4 record through the first three rounds. The Stars made it going 12-6 but played in three fewer OT games than Tampa. So even though the Lightning played in two less games, they played over 200 extra minutes. One of those OT wins was the memorable five extra-frame thriller with the nemesis Columbus Blue-Jackets.

That series goes in the books as a 4-1 series win for the Lightning, but it took seven games worth of hockey to get the victory. The Stars lone seven-game series was in the second round against the second-seeded Colorado Avalanche. Had it not been for the seldom-used Joel Kiviranta in Game 7, scoring the tying goal late in the third and the winning goal in OT, it may very well have been the Avs facing Tampa to win it all.

As the series between the Bolts and Stars wore on, one thing became apparent. Tampa’s best players were outplaying the best players for Dallas for most of the series and by a fairly wide margin. The teams still got great contributions from the rest of the players on each side. The depth scoring, the goaltending, the defense and the overall effort were all there. When it was all said and done, however, Tampa’s top players stepped up when it was needed most, and that’s exactly how it’s played out so far this season.

Key Injuries to Both Teams This Season

The Stars were hit with tough news before the season even started. Tyler Seguin was going to miss at least the early part of the regular season due to hip surgery to repair a torn labrum. As of now, the hope is for a return towards the end of the regular season, sometime before the playoffs. The Lightning was hit with similar news, albeit to an even better player and for a longer length of time. Nikita Kucherov will miss the entire regular season due to hip surgery as well, and who knows if he’ll be back for the playoffs.

Nobody on the Lightning can duplicate the overall skill set you get from Kucherov. On the flip side, the return of Steven Stamkos has greatly mitigated the loss of number 96. It’s no secret that the Lightning won the Cup a season ago virtually without Stammer, so essentially, the Lightning have had to swap out one for the other. The captain has gotten off to a flying start this year, scoring 10 goals while assisting on 10 more in just 18 games so far.

A huge reason for the success of Stamkos is Brayden Point, who has been terrific in his new role on the team as the number one center. He is currently a point behind for the team lead in points with 19 while increasing his TOI and defensive zone coverage responsibilities. Victor Hedman has 20 points and leads the team in assists with 16 as a defenseman, making his total even more impressive. The Lightning have also gotten secondary production from Ondrej Palat, who’s second on the team in goals with 9, and Mikhail Sergachev, chipping in 14 assists. Andrei Vasilevsky has been a wall of late, riding a three-game shutout streak.

Let’s also not forget, arguably, the team’s biggest surprise this season. Anthony Cirelli, pre-injury, was playing some dynamite hockey. Like Point, Cirelli was asked to take up a new team roll, being bumped up to marshal the team’s second line. Not only did he embrace it, he was thriving as the second line center. He was still playing his hard forechecking, agitating and face-off winning style, but with an added bonus. He was also contributing offensively better than he had ever before.

Back on February 13th, when the Lightning announced that Cirelli was “week-to-week” with an upper-body injury, he had already scored five goals to go with seven assists for 12 points in just 13 games. Everyone in Tampa was obviously thrilled when the Lightning bent over backward to re-sign the young center. He was an integral piece of last year’s Stanley Cup run, and given his age, it was a no-brainer for the Bolts to do everything they could to keep him. Nonetheless, not even the most ardent, hard-core leader of the Anthony Cirelli fan club could’ve seen near point-a-game production out of the gate.

Lightning Top Players Have Been Better This Season

Now back to the Stars. So far this season, Joe Pavelski has done his part, but the darling of the playoff run, Miro Heiskanen, has yet to score a single goal. Yes, he’s a defenseman, but for a player of his caliber to not score even once in the first 17 games is a bit surprising. John Klingberg has played pretty well, but Alexander Radulov has, unfortunately, missed eight games with a lower-body injury. Goalie Anton Khudobin has been solid, but the overall defensive commitment from the Stars hasn’t been up to par.

A quick perusal at the team stats, and you’ll see an awful lot of minus players. In fact, of the players that have participated this season for Dallas, a whopping 10 players are on the wrong side of the plus-minus stat category. Compare that to just two for the Bolts, and it’s easy to see the root cause of the plight the Stars find themselves in.

What about COVID-19? The Stars have surely had a ton of players miss games due to COVID protocols, right? Wrong. They’ve had just two players, Andrej Sekera and Blake Comeau, miss two games each. In all fairness, the Lightning hasn’t been hit that hard either losing backup goalie Curtis McElhinney for three games and Stamkos for just one. When compared to many other teams in the NHL, both have been relatively unscathed.

The Stanley Cup Final participants from a year ago have had to overcome some pretty similar obstacles this season. Dallas has had to shuffle the schedule around a bit more, but that’s life in the NHL for all teams this season. That said, the Bolts have simply handled the adversity better than the Stars.

From Vasilevskiy on out, Tampa came into the season better prepared to take on another pandemic-affected campaign. No matter what has transpired, the team has persevered, further validating the staying power of the Lightning players and coaching staff. So while the Stars look more like a one-hit-wonder, the Bolts don’t look to be going anywhere for quite a while.