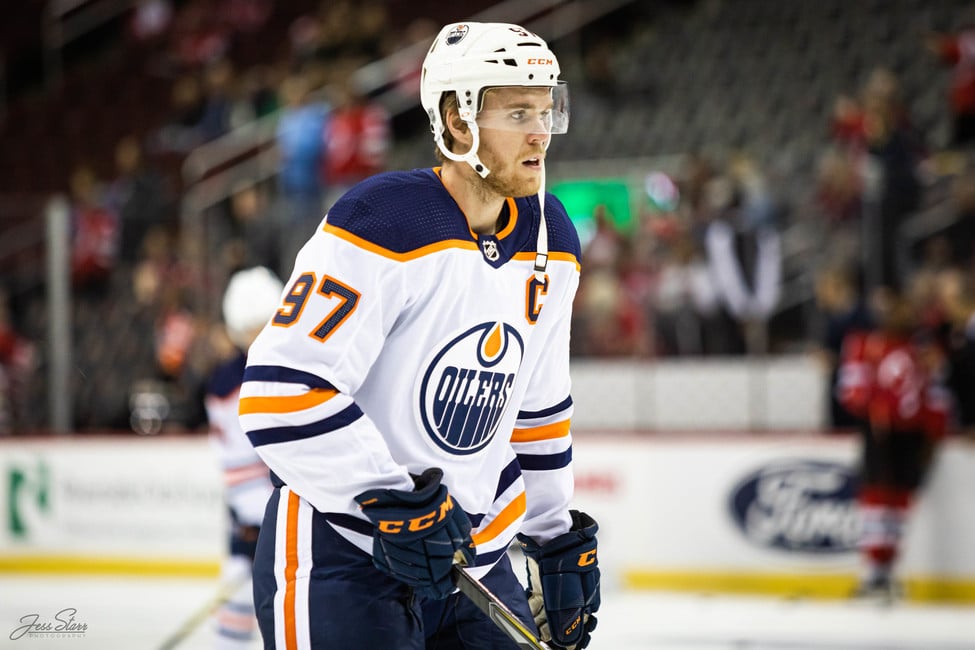 In an Edmonton Oilers news and rumors update, there are all sorts of interesting records being approached by members of this current 2020-21 NHL roster, including some feats reached by Connor McDavid and Darnell Nurse. There’s trade talk linking the Oilers to the Detroit Red Wings and one Oilers media insider addresses the idea of the team acquiring a big-name rental and what it might cost to do so.

Nurse scored his career-high 12th goal of the season as the Oilers defeated the Toronto Maple Leafs in overtime on Monday night. Only one defenceman has scored more goals through the team’s first 36 games of a season, that being Paul Coffey who has done so on four different occasions. Nurse also scored his 3rd career OT winner, tying Eric Brewer for the most OT goals by a defenceman in Oilers history.

That’s not all, however. All of Nurse’s 12 goals this year are at even strength and he picked up the fifth game-winning goal away from home in his NHL career to date. That’s tied him for 2nd on this list of scoring rearguards in Oilers franchise history.

One of my colleagues took a look at the season Nurse is having, arguing he should be in the conversation for the Norris Trophy this year. It’s hard to look at what Nurse has done and how his game has grown and think he’s not going to be in the mix by the end of the season, even if Victor Hedman is still the favorite.

McDavid On Fire, Best Since Gretzky Through First 36

While Auston Matthews has retaken the goal scoring lead in the NHL, McDavid is simply destroying the rest of the field in points with 63 through 36 games. That is the most in franchise history since 1987-88 when Wayne Gretzky had 81. McDavid was held off the scoresheet in regulation of Monday’s game but he came through with a clutch play to set up Nurse for the overtime winner.

We spoke about the Hart Trophy conversation this season and I just don’t see how anyone but McDavid wins that award.

Koskinen Will Get the Start Tuesday

As the Oilers take on the Montreal Canadiens in a rescheduled game tonight, Mikko Koskinen will get the start for the Oilers in goal. Smith has been great, but as these back-to-backs start to become a more regular thing, Koskinen and Smith will need to share the load.

As TSN’s Jason Gregor points out, the Oilers are 6-1 in first games of back-to-backs and 5-1 in second games thus far this season. What’s interesting is that teams in the North Division playing the second night of a back-to-back on the road this year have a combined total of one win.

Oilers Running Out of Time on Red Wings’ Glendening?

Elliotte Friedman reports in his latest 31 Thoughts column that he believes there are potential conversations going on between the Oilers and Detroit Red Wings regarding forward Luke Glendening. Friedman notes Glendening is “very much on Edmonton’s radar”. That said, the NHL insider also adds that other teams are kicking tires on the faceoff specialist and Edmonton could be outbid by another team if they don’t act fast.

This is exactly the type of player the Oilers are looking for there have been a few insiders connecting the Oilers to the depth center. All that said, Edmonton shouldn’t be willing to overpay, especially if other options are available from teams desperate to make a trade. It will be intriguing to see what gives first.

Is There a Path to the Oilers Realistically Renting Taylor Hall?

Jonathan Willis of The Athletic asked an NHL executive if there was any path to the Oilers acquiring Hall as a rental before the deadline and doing so in a trade that wouldn’t send one of Edmonton’s multi-year deals back the other way? The response was interesting.

As per the NHL executive:

Hall back to Edmonton would be a great story. Maybe the way to do it is to trade Buffalo a first-round pick and Alex Chiasson. Then flip, say, a fifth-rounder to a third team in exchange for them retaining one-quarter of Hall’s remaining cost.

Willis also looked at Kyle Palmieri, Scott Laughton and Conor Garland as trade-target rentals for the Oilers. Laughton was the player if exec thought the Flyers would move in a heartbeat if Edmonton offered up someone like Caleb Jones.