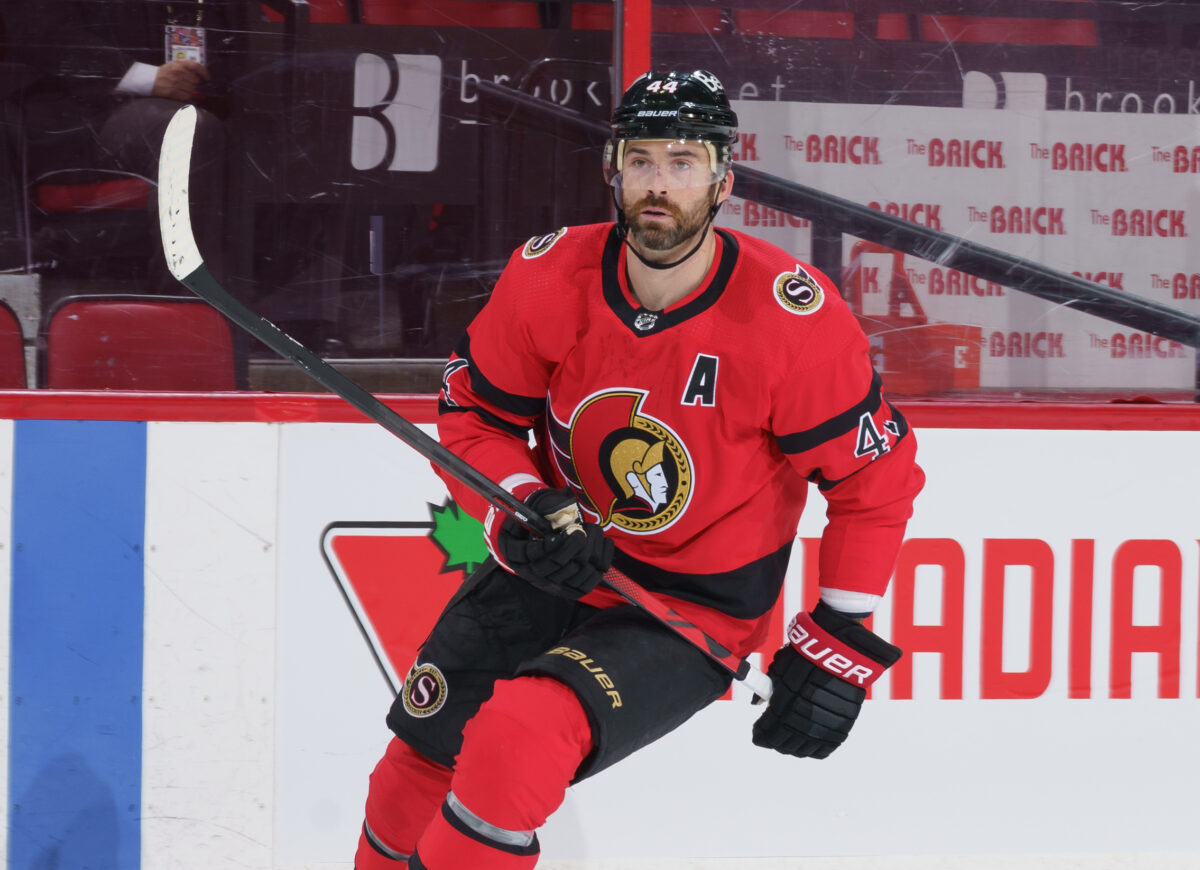 The Nashville Predators have acquired Erik Gudbranson from the Ottawa Senators in exchange for a seventh-round pick in the 2023 NHL entry draft and prospect defenseman, Brandon Fortunato.

Brandon Fortunato and a 7th in 2023 is return

There are no conditions on the pick. The 6-foot-5, 217-pound defender from Ottawa was the third overall pick in the 2010 NHL Entry Draft. He’s made career stops with the Florida Panthers, Vancouver Canucks, Pittsburgh Penguins and Anaheim Ducks. The Predators will be his sixth team in 10 seasons.

A Seventh Round Pick Two Years From Now

The Senators get a seventh-round pick two years from now and a prospect in this trade. The prospect, Fortunato, was originally acquired by the Predators as an NCAA free agent after his final season at Quinnipiac. He spent last season in the ECHL and has only gotten into nine AHL games this season. Fortunato was once well thought of enough to join Team USA for the Under-20 and Under-18 World Junior Championships. His senior season at Quinnipiac was also very good. At 24 though, it doesn’t seem like there’s much chance of him making an NHL impact in the future. The seventh-round pick is what it is. For the Senators, something is better than nothing, but the return value in this trade does not recoup the 2021 fifth-round pick that they originally traded to Anaheim for Gudbranson back in October of 2020.

Chance at Playoffs for Gudbranson

Predators’ general manager David Poile looked at his defensive unit and decided that he wanted to add a right-handed defender. With Dante Fabbro week-to-week with a lower-body injury, Matt Benning and Ben Harpur have had to carry the workload on the right side behind Ryan Ellis. The team has clawed its way back into a playoff spot after some early-season struggles. With Gudbranson, the Predators are banking on a big, physically punishing defender being necessary for the playoffs. as well as taking some of the load off Benning and Harpur.

Gudbranson has not played playoff hockey since the 2018-19 season with Pittsburgh. It’s really hard to speak to what kind of season he was having with the Senators this season because they are so bad as a team. He was fourth among Senators defensemen in average ice time, with 18:04 but he led all their defenders in hits. Any stats and individual analytics on him will be slanted due to how bad the team is overall. However, from most statistical measures, Gudbranson was not one of the four best defenders on the Senators. For Gudbranson, the opportunity to play meaningful, playoff hockey is a chance to rewrite the narrative on him and earn himself another shot at a contract next season.

Fortunately the asking price was not a lot. If Gudbranson doesn’t work out, or if the Predators slide and miss the playoffs, they didn’t really part with any major assets to make the deal. If he does work out, then Poile has beefed up his rearguard without paying a whole lot for it. This may not be a big move for the Predators, but it carries very little risk. The potential payoff is worth it.

Jack Dawkins is a freelance scout, analyst and avid watcher of “way too much hockey.” He has joined The Hockey Writers team to cover all things Washington Capitals, New Jersey Devils, Minnesota Wild, Los Angeles Kings, Arizona Coyotes and Florida Panthers. He’s an absolute data hound and loves using stats and analytics to calculate and extrapolate data for analysis.