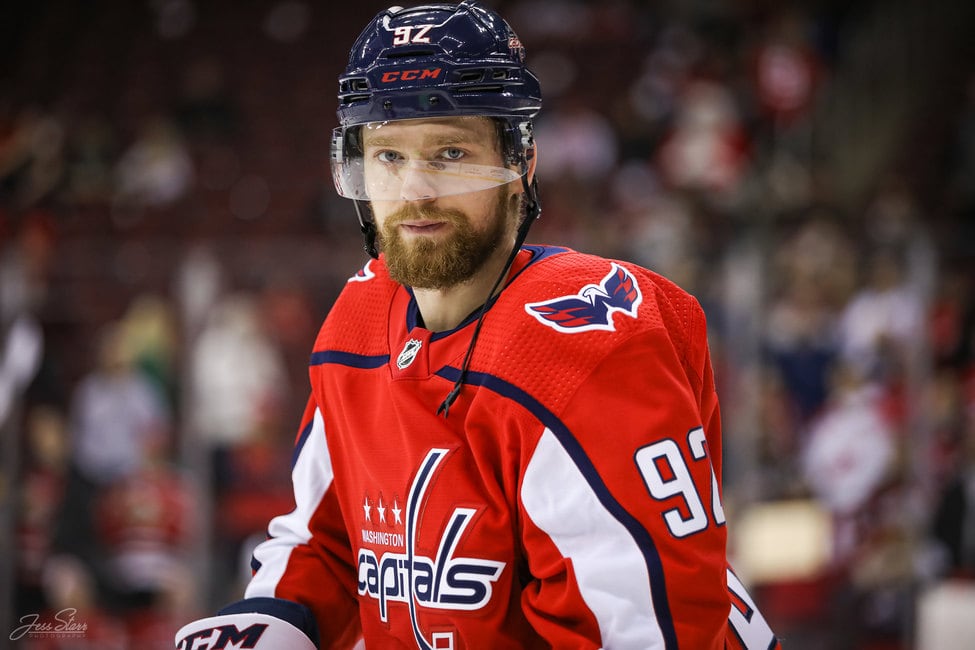 In today’s NHL news and rumors rundown could Winnipeg Jets’ head coach Paul Maurice be fired? Meanwhile, the Washington Capitals are rumored to be open to offers on No. 1 center Evgeny Kuznetsov. Why? The Carolina Hurricanes are negotiating with Rob Brind’Amour’s staff and Shea Weber is skating for the Montreal Canadiens. Finally, the Edmonton Oilers recalled defenseman Evan Bouchard after months of sitting him. Will he be sticking around?

According to Mike McIntyre of The Winnipeg Free Press, this season could be Maurice’s last as head coach of the Jets if the club makes another early playoff exit. The Jets are in the playoffs, but they’ll be entering the postseason as one of the league’s coldest teams, having lost seven in a row.

I’d be shocked if Kevin Cheveldayoff makes an immediate move for a 27-21-3 outfit that still has a 10-point cushion on a playoff spot with only five regular-season games left on the schedule heading into Wednesday night’s game in Calgary. Like the True North organization itself, he’s as loyal and patient as they come. But these are starting to become desperate times, and you wonder how close we are to seeing some desperate measures?

source – ‘Time running out for Maurice: Early playoff exit by Jets could be end of the line for coach’ Mike McIntyre – Winnipeg Free Press – 05/05/2021

Capitals Fed Up With Kuznetsov?

TSN’s Pierre LeBrun noted during the most recent TSN Insider Trading segment that the Capitals could be willing to listen to trade offers this summer for Kuznetsov. While still an effective player, the 28-year-old center has come under scrutiny and some within the organization are starting to grow frustrated with the player.

Kuznetsov and teammate Ilya Samsonov were recently scratched for being late to a team function this week and this is just the latest incident for Kuznetsov, who was also part of group of players who ran afoul of COVID-19 protocols. A couple of seasons ago, he was suspended by the league for three games for “inappropriate conduct.” Sportsnet’s Elliotte Friedman backed up LeBrun’s report and pointed to comments by head coach Peter Laviolette who said the club is “working through things inside the room.”

It’s difficult to know who, if anyone would be interested in a player who has four years remaining on his contract with an annual average value of $7.8 million, plus a modified no-trade clause. His production has dropped and he now comes with potential behavioral issues.

Related: Draisaitl Talks the Importance Of McDavid’s Chase to 100 Points

Bouchard Likely to Stick With Oilers

Evan Bouchard was slotted into the lineup for the Oilers on Tuesday evening and played well, scoring a goal in a 4-1 win over the Vancouver Canucks. He looked fresh considering he’d been sitting for a couple of months and he might be sticking around for a while.

While his performance would have potentially secured him a longer look by head coach Dave Tippett, his being a regular recall also helps. Bouchard was not added on an emergency basis so the Oilers had to use one of the three post-deadline recalls they had left. This means the Oilers probably didn’t call him up just to send him back down.

As per a report in Friedman’s latest 31 Thoughts article, “Right-shooting Shea Weber skated with a left-shot stick on Monday, not using his injured left hand.” The defenseman is out injured right now and there were rumours he might be out long-term.

Friedman notes that Weber is doing everything he can to avoid being out longer than is necessary but it would be hard to imagine he’s close to playing if he can’t use his injured hand and Friedman didn’t clarify if his report suggested Weber was thinking about playing with his off hand.

Hurricanes Have Verbal Agreement with Brind’Amour

Friedman also notes, “In Carolina, it sounds like the Hurricanes have a verbal agreement with Rod Brind’Amour to stay as coach.” He previously reported that Brind’Amour might be holding out to ensure the rest of his staff was being taken care of, but the delay isn’t necessarily because he might not sign, only that the details for his staff are taking a bit of time.

Friedman noted, “That’s where he wants to be and everyone knows it. What he’s asked, however, is for his assistants, goalie coach, trainers and equipment people to be re-signed. That’s not done, and the negotiations are grinding.”