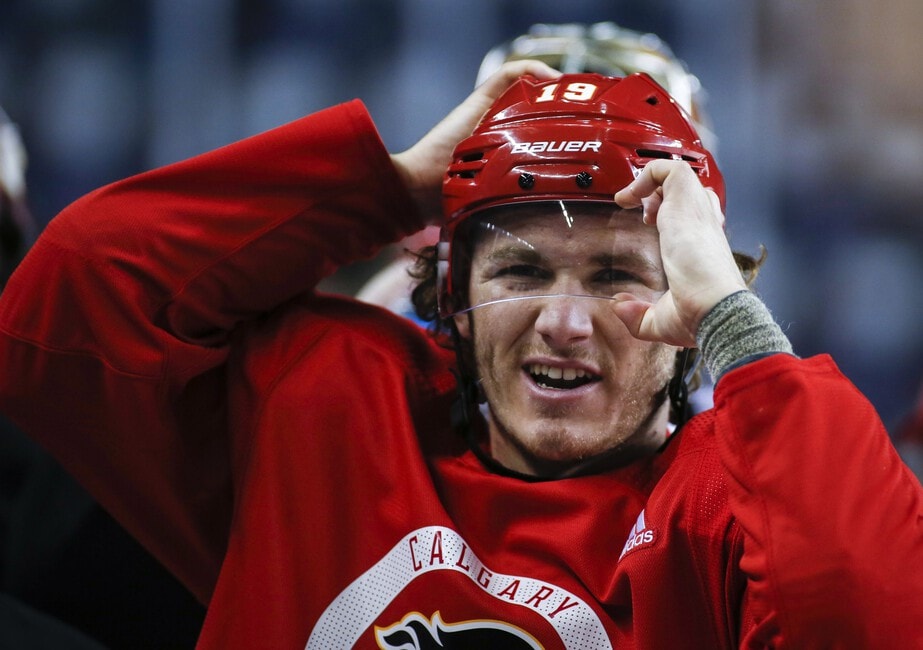 In today’s NHL news and rumors rundown, while everyone is talking about the New York Rangers being a favorite to land Jack Eichel in any future trade, could there be a different, less expensive target on the Rangers’ radar? Buffalo Sabres GM Kevyn Adams has spoken about veteran players being unhappy and wanting change, while the Toronto Maple Leafs have chosen their starter for the playoffs. Finally, what is the latest on Jonathan Toews of the Chicago Blackhawks?

Rangers Could Go for Tkachuk Over Eichel

After all the management and coaching changes in New York and after news the Rangers had discussed Eichel in trade talks this past offseason, it makes sense the two would be connected again after Eichel seemingly blasted the Buffalo Sabres in a media avail earlier this week. But, according to Larry Brooks of the New York Post, Eichel may not be the player who makes the most sense.

Brooks believes Eichel is not a huge upgrade over Mika Zibanejad and instead, the Rangers should target Matthew Tkachuk from the Calgary Flames. Arguing Tkachuk would be a perfect fit for the Rangers, Brooks does admit it would take a “massive bounty” to pry him away.

Brooks doesn’t believe the Rangers would consider trading any of Igor Shesterkin, Adam Fox, Alexis Lafreniere and perhaps Ryan Lindgren. They might move Kaapo Kakko and K’Andre Miller, but they’d be hesitant to do so. Instead, Brooks wonders if a package containing a permutation of Filip Chytil, Pavel Buchnevich, Vitali Kravtsov, Zac Jones, Nils Lundkvist and future first-rounders would get it done.

Eichel’s cap hit is the big hurdle for New York. When you combine that with what the Sabres’ asking price will be, and the fact it would be very difficult to re-sign Zibanejad, it’s not the best fit for the Rangers.

Related: Rangers’ Next Head Coach Needs to Be Gerard Gallant

While Frederik Andersen was believed to be the guy up to the midway point of this season, his injury situation and struggles in the AHL have led the Maple Leafs to make a decision on who will start in goal for their playoff series against the Montreal Canadiens. Jack Campbell will be the starting goaltender for Game 1 of the playoffs.

Campbell sits with a 17-2-2 record and is among the league leaders in goals against average and save percentage. If he has a strong first series and earns the spot as the starter the rest of the way, it could lead to the Maple Leafs simply walking away from Andersen’s contract in the offseason. Campbell is signed next season for the low costs of $1.65 million and the Leafs are still cap crunched with a number of deals to take care of.

Adams Hints at Player Movement Out of Buffalo

There was lot to unpack when it came to what Adams said during his media avail on Wednesday. While he spoke candidly about how the Sabres organization has dealt with Eichel’s injury situation, he also spoke about veterans wanting out and whether or not he might trade players like Sam Reinhart or Rasmus Ristolaininen.

“I understand there’s players, veteran-type players that have been through a lot here. Understood. But we are going to get this right – with the people that want to be here.”

The Chicago Blackhawks are keeping up with Jonathan Toews and how he’s feeling. Having missed all of this season with a mysterious medical condition, the 33-year-old is still not sure when he’ll be back to playing. In December he said that he didn’t have a timeline on any potential return and wouldn’t be joining the team until they figured out what was wrong.

Blackhawks GM Stan Bowman spoke with the media this week and relayed the team is ‘hopeful’ to have Toews back in the lineup for next season. Still, at this point, nothing is official.