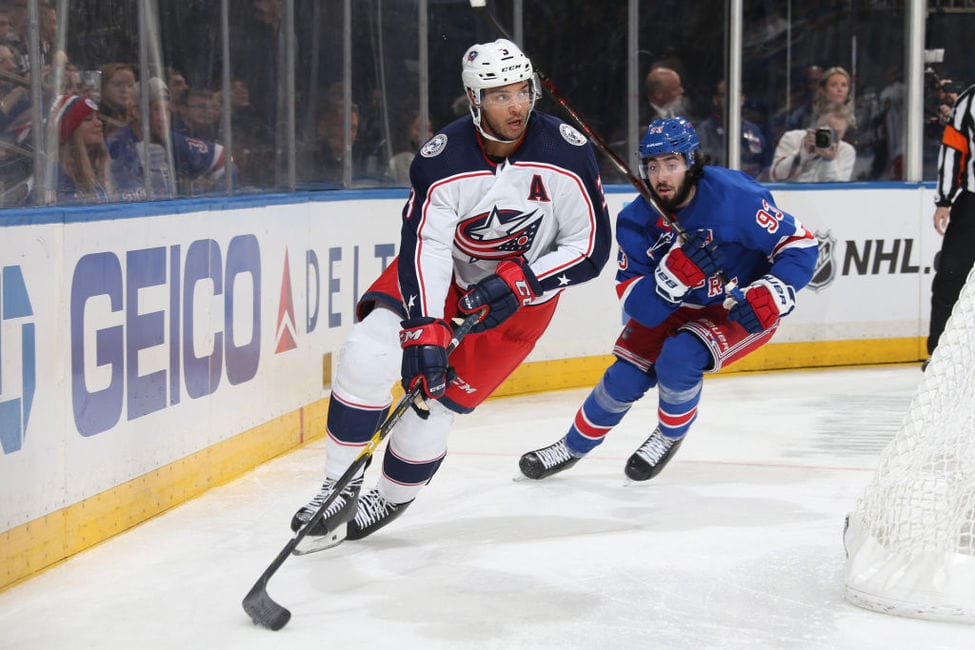 In today’s NHL news and rumors rundown, are the Montreal Canadiens going to have Shea Weber back in time for the playoffs? Meanwhile, one scribe looks at the chances the Boston Bruins could pursue Jack Eichel and another notes the Columbus Blue Jackets have asked defenseman Seth Jones to consider a contract extension coming into the 2021-22 season. Finally, could the New York Rangers go after goaltender Pekka Rinne?

Will the Canadiens Play Shea Weber?

Multiple reports note that there are still questions surrounding Weber and his being available to the Canadiens as they try to out-last the North Division-leading Toronto Maple Leafs. He said a source noted never to rule out a guy like Weber, but his injury is still an issue.

Head coach Dominique Ducharme said he was confident Weber would be ready and Eric Engels tweeted on Saturday, “We’ll see what develops over the next few days, after Shea Weber wasn’t at practice today, but the way Brendan Gallagher was just talking about him, I would expect he’ll be ready to go come Game 1.”

The Boston Globe’s Matt Porter believes the Bruins could be a player in the Eichel sweepstakes and might be one of the few teams who can afford hi$10 million annual salary-cap hit for the next five seasons. They would have to let unrestricted free agents like David Krejci, Tuukka Rask and Sean Kuraly depart this summer, but it is feasible.

Whether they want to ante up for Eichel, the Bruins do need centers. Team president Cam Neely acknowledged this past week the organization was “a little thin in depth in that position where we have to address that. That’s a position we’d like to stock up on going forward.”

The issue for Boston might be convincing Sabres GM Kevyn Adams to offer a fair deal. He won’t want to make a second trade to the Bruins after moving Taylor Hall so any ask could involve David Pastrnak or defenseman Charlie McAvoy.

As per Sportsnet’s Chris Johnston, the Blue Jackets have asked Jones to consider a contract extension during this off-season. He has the right to wait until next summer as he’s got one more year on this current deal, but the Blue Jackets would like to have him locked in without the storyline looming over the team that a big player might be leaving.

The Athletic’s Aaron Portzline does note that the Blue Jackets will not put forth an ultimatum and threaten that Jones either sign or be traded immediately. Instead, Portzline quotes Jarmo Kekalainen who said:

“We still have one year left on (Jones’) contract. We’re not going to let a player of that caliber go without doing everything in our toolbox to convince him to stay. I would do everything we can to get him to stay, which means fighting to the bitter end and hopefully getting the right result.”

It is expected that Jones will take a few days and get back to the team about his decision. He noted, “It’s a situation where you only get it once in your lifetime. Yeah, there’s a lot of pressure and people are looking at you from all over, but I really have to take a step back and think about what I want.”

Could Rangers Go After Rinne?

Larry Brooks of the New York Post writes that the New York Rangers might make a good fit for goaltender Pekka Rinne if the Nashville Predators goaltender becomes an unrestricted free agent this summer. There has been talk that Rinne is closer to retiring from the NHL than he would be heading to another team, but that same was said about Henrik Lundqvist and he moved on this past offseason.