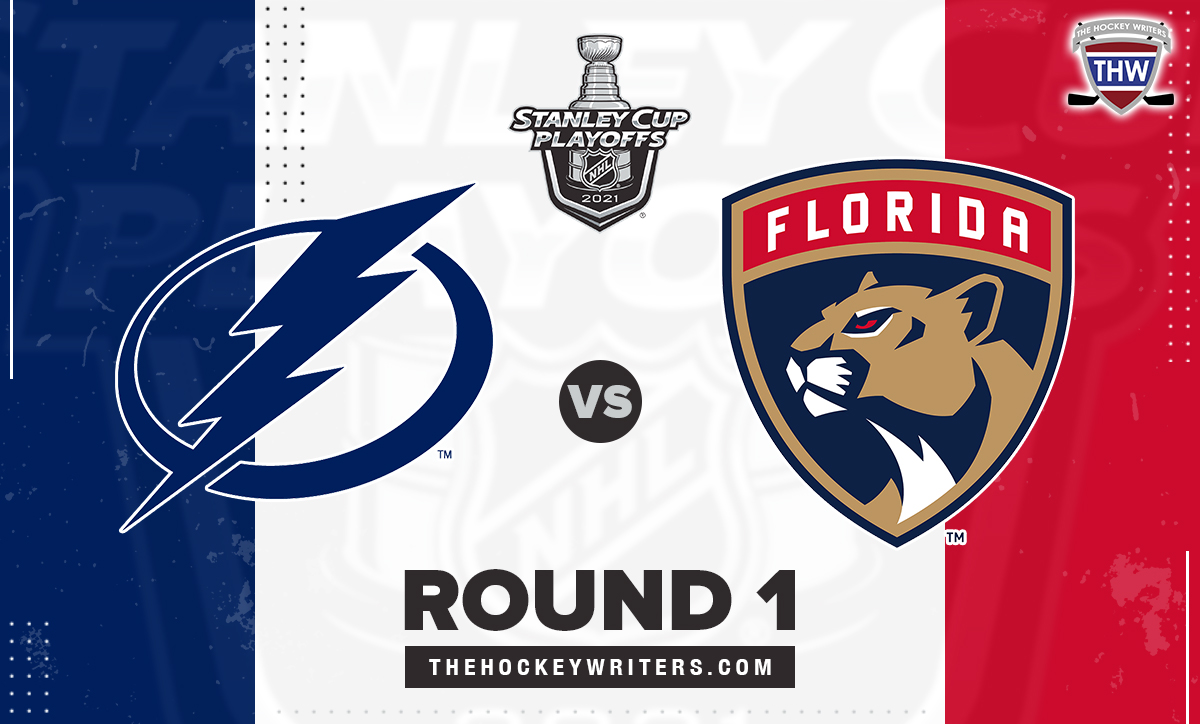 The Florida Panthers and Tampa Bay Lightning are set to face-off in the first ever Stanley Cup Playoffs rendition of the Battle of Florida. The Panthers will have home-ice advantage against the defending Stanley Cup Champions, finishing with four more points in the regular season.

Each team will have its work cut out for them if they want to move on to the second round. Florida has actually had the edge in the regular season, going 5-2-1 against their in-state foes, but the Lightning might be the ones with the big advantage, as they are ready to welcome back two huge components of their lineup: Steven Stamkos and Nikita Kucherov.

How Will Stamkos and Kucherov Play Coming Off Injury?

After missing a combined 74 games this season, Stamkos and Kucherov are ready to return to the Lightning’s already deadly lineup. Stamkos was the only one of the two superstars to play this season, scoring 17 goals and 34 points in 38 games this season, while Kucherov spent the entire season on long-term injured reserve.

A Lightning team with both Stamkos and Kucherov in the lineup is something we haven’t seen — aside from Stamkos’ 2 minutes of ice-time in the Stanley Cup Final last year — since 2019. However, this season might be scarier than 2019, with the Lightning defending a Stanley Cup, but we don’t know what we’re going to get from them.

Stamkos is no stranger to returning from long-term injuries; in fact, he put up the numbers he had this season after coming off of an injury that kept him out for a large chunk of last season and the playoffs. However, he also could be prone to getting re-injured, so the Lighting need to be wary of the situations they’re playing him in.

Kucherov, on the other hand, is coming off of his first extended absence of his career, as he missed no more than eight games in every season other than his rookie year. Now, he’s returning from an eight-month long absence from the Tampa Bay lineup.

While Kucherov has been one of the best players in the game for years, scoring at over a point-per-game pace in his past four seasons, it remains to be seen how ready he is to play in Stanley Cup Playoff hockey. What we do know is that Kucherov has been a full participant in Lightning practices for the past two months, so he may have more preparation than it appears.

Since joining the Panthers, Sam Bennett has been arguably one of the most productive players in the entire league. Since making his Panthers debut, Bennett is 13th in the league in points (15) and 26th in the league in goals (6), with both totals being the most by any player who switched teams at the NHL Trade Deadline.

Bennett’s physical play and playoff resume has all signs pointing in the right direction for Florida. He had a very productive playoff run with the Calgary Flames last season, scoring five goals and eight points in 10 games, leading the Flames in both goals and points.

With the Stanley Cup Playoffs needing more of a physical edge to thrive through, the 6-foot-1, 195-pound Bennett has already been playing playoff caliber hockey since arriving in Sunrise. He’s been getting his goals in front of the net, he’s been wreaking havoc physically on his opponents, and he’s able to contribute in multiple different areas of the game. While his scoring numbers may not be the same as the regular season, what we do know is that Bennett’s style of play is made for the playoffs and he will be a player to watch moving forward.

Which Vasilevskiy Will We See: The One vs Florida or the Rest of the Divison?

One of the biggest storylines heading into this playoff series is Andrei Vasilevskiy’s struggles when playing against Florida. In six games against the Panthers, he netted a record of a 2-4-0 with a .898 save percentage (SV%). In contrast, He’s put up a 24-6-1 record with a .930 SV% against every other team in the Discover Central Division this season.

Judging by his previous track record in the playoffs, it’s very hit or miss. Last season, the 2018-19 Vezina Trophy winner had a masterful performance in a run to a Stanley Cup victory, boasting a record of 18-7-0 with a .927 SV% and a 1.90 goals-against average (GAA). The year before, he went 0-4-0 in a sweep courtesy of the Columbus Blue Jackets, coupling that with an underwhelming .856 SV% and a 3.82 GAA.

The answer to that question lies somewhere in the middle of those two figures. With his struggles against Florida in mind, Vasilevskiy still remains one of, if not the best, goaltenders in the league and the expectation is that his production is at least somewhat close to that of his Cup run last year.

While it remains to be seen if these storylines play out or not, these are just a few storylines to watch as the NHL’s two Florida-based franchises meet in the Stanley Cup Playoffs for the first time ever.

Colby Guy is a writer for the Florida Panthers department here at THW. He’s a junior at Florida Atlantic University and currently serves as a social media manager and photographer for FAU Owls Nest. He also works as a freelance writer for debt.com. Previously, Colby has written for FanSided as a New York Islanders, Florida Panthers, and Nashville Predators writer. He also served as Editor-In-Chief for FAU’s University Press.

Colby grew up an Islanders fan and had season tickets before moving to Florida.