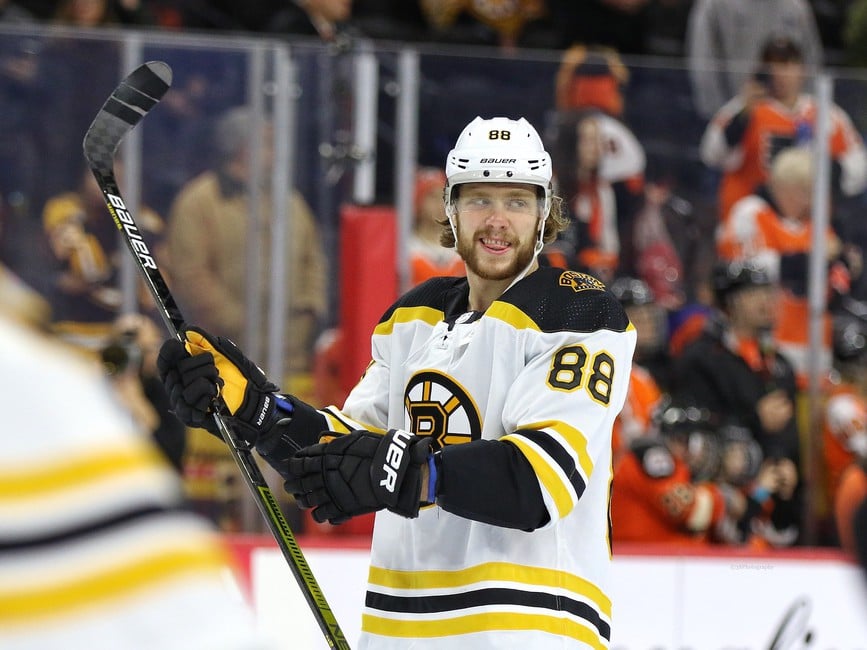 In today’s NHL news and rumors rundown, the Ottawa Senators have said they don’t foresee any complications in getting Brady Tkachuk signed to a contract extension. Meanwhile, the Los Angeles Kings have been told by two of their top players that it’s time to add and a few scribes close to the team believe the organization will. The Columbus Blue Jackets have made a key hire and extended their GM and Nazem Kadri of the Colorado Avalanche looks like he’s going to be sitting a while after his hit on Justin Faulk.

Senators to Sign Tkachuk and Looking for Two Key Pieces

Bruce Garrioch of the Ottawa Sun quoted Senators owner Eugene Melnyk on Twitter when he wrote, “With us, the season’s now over, everybody’s thinking about it and we’ll come back. I don’t foresee a problem with signing Brady … I don’t.” Tkachuk will be key to the Senators success moving forward and what kind of deal he gets will be intriguing to see.

Shawn Simpson of TSN also reports the Senators are looking for a No. 1 center and a top defenseman but suggests the team might wait one more season before being big players on the open market. He writes, “In a proper rebuild, the cost would ruin the process. Stay the course and keep things in the hands of Mr. Mann and the amateur side. A year or two from now, they can enter the big boy buyers market.”

After a fall into the boards during Wednesday’s game against the Washington Capitals, fans were worried about the health of David Pastrnak. Bruins head coach Bruce Cassidy said there are no injuries to report following Game 3.

Today was an optional skate for the Bruins and Cassidy said: “I think he’s fine.” Pastrnak was shaken up on the play and missed a few shifts, but he did manage to get back in the game.

Helene Elliott of the Los Angeles Times reports that Kings GM Rob Blake has responded to the calls from Drew Doughty and Anze Kopitar to add some impact pieces while their window to contribute as older players is still open. Elliott writes that Blake doesn’t intend to rush the team’s young prospects and quotes Blakes who says: “we’re in a position now where we can surplus that and we can add to that group. And that’s where I said we want to get better.”

“Drew’s comments are 100%. It’s the same feeling up here. It’s not like we don’t want to get any better. We’re all on the same page where now we can take the necessary steps and we can filter in young players.”

Blake has $20 million in salary-cap space and he needs to find the right mix of using the young talent he’s accumulated and adding veteran players to make the team competitive and eventually a Stanley Cup contender.

Related: Today in Hockey History: May 20

Kadri to Have In-Person Hearing

The NHL’s Department of Player Safety has offered Colorado Avalanche forward Nazem Kadri an in-person hearing for an illegal check to the head in Wednesday night’s game. An in-person hearing allows the league to suspend him six or more games and it is believed he could get a lengthy punishment after earning himself a five-minute major and a match penalty for an illegal hit to the head of Justin Faulk.

At the very least, Kadri will be out the rest of the series with the St. Louis Blues which is a big loss for the Avalanche.

On Thursday it was announced the Columbus Blue Jackets have named John Davidson president of hockey operations and alternate governor. The team also announced that general manager Jarmo Kekalainen has been extended through 2024-25.

Davidson had three years left on his contract with the Rangers but was released by the team, along with then-GM Jeff Gorton when they refused to join owner James Dolan in a fight against the NHL to have the Head of the NHL’s Department of Player Safety, George Parros removed from his position.

It was Davidson who hired Kekalainen in Columbus back when he was last with the team and this hire puts Davidson back in charge.