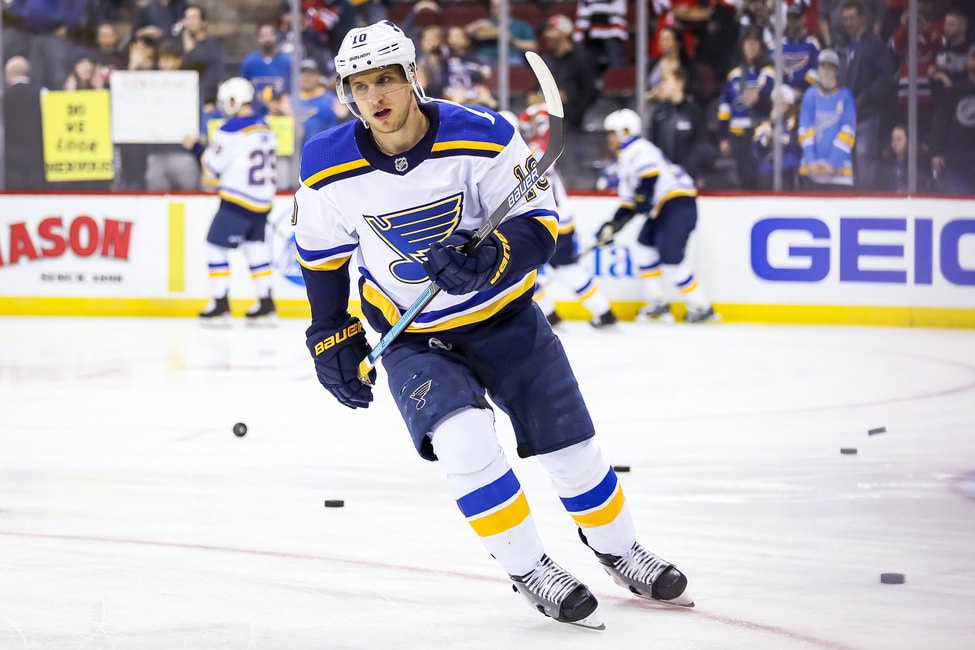 The St. Louis Blues’ 2020-21 season had its highs and lows but ultimately ended in disappointment after the team fell in four games to the Colorado Avalanche in Round 1. In this series, we’ll look back on the season, player by player, and evaluate each player’s performance as an individual, with an eye towards their future with the team.

It was quite the crazy ride for Brayden Schenn this season. He struggled for most of the season, especially in the second half. The Blues gave him an extension early into the 2019-20 season – he has been an inconsistent player since then, and he certainly didn’t play up to his standards in 2020-21. Let’s grade his season.

What Went Right: The First 27 Games

Schenn was at his best throughout the first 27 games of the season, and was the perfect second-line center behind Ryan O’Reilly. He played a strong 200-foot game and produced a high level.

He scored 24 points in the first 27 games, 12 of them being goals. He had 18 of his points during this stretch at even-strength, with the other six being on the power play.

The Blues went 14-8-5 over the first 27 games when Schenn was playing well, then slipped up, going 13-12-4 in the next 29. I would definitely say the Blues are better when guys like Schenn are producing.

We saw the team really fall off the map when it came down to O’Reilly carrying them and David Perron having a big season – the team game just wasn’t there for the full 56-game schedule, which is concerning.

What Went Wrong: The Next 29 Games

After his strong start, Schenn scored just 12 points in the next 29 games. As I mentioned above, the team struggled to win games during that stretch.

The injury to Schwartz likely had some effect on Schenn, as he did struggle without him on his line. The line of Schwartz, Schenn, and Vladimir Tarasenko hardly existed this season, which was brutal as that line along with the O’Reilly and Perron line are crucial to the Blues’ success.

But like most players in the NHL, you go through hot streaks and cold streaks. Schenn is no different – it was a tale of two seasons for him. He brought physicality in most games, finishing the season with 119 hits, matching his total in 2019-20. It is going to be important for him to bounce back in 2021-22 as he is one of the highest-paid forwards on the Blues roster.

He had an average season – the “C” is an average grade. He wasn’t great, but he wasn’t horrendous either – he had an OK season. Maybe not “OK” with the fans or the franchise, as they signed him to an eight-year extension last year, but his final numbers aren’t the worst they could be.

What’s Next for Schenn?

The next step for Schenn is to heal up in the offseason and get back to work. He is more than likely slotted in as the No. 2 center for next season. The area that makes Schenn a great fit in St. Louis would be his leadership, and I don’t think the Blues would like to lose that.

The big looming question is who his linemates will be. Maybe Robert Thomas or Jordan Kyrou get the early bump onto the second line.

Tarasenko and Schwartz have offseasons with lots of uncertainty ahead. Schwartz is a free agent, and Tarasenko will be involved in trade rumors. The Schenn of old must return for the Blues in 2021-22, no doubt about it.

I have been covering sports for nearly a decade. I started with FanSided as a Baseball Contributor. Now I am writing about the NHL and the St. Louis Blues for The Hockey Writers. I grew up in Central Illinois as a huge fan of every sport. Finally, I do various podcasting across all major platforms.