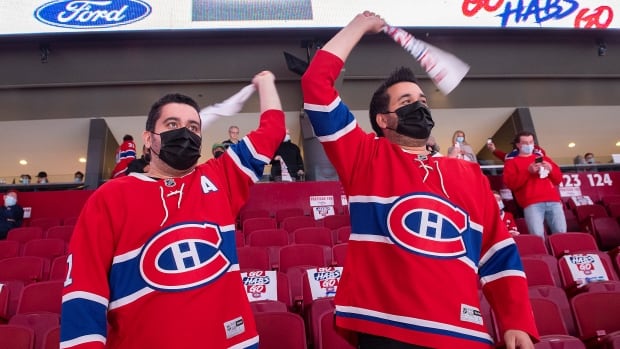 Quebec’s Health Department says the Montreal Canadiens have made a request to increase capacity during home games at the Bell Centre.

It said in an emailed statement Friday the request is being analyzed. No timetable was given for when a decision might come.

The Canadiens have been allowed to admit 2,500 fans since Game 6 of their opening-round series with the Toronto Maple Leafs.

The same number of fans attended the third and fourth games of its series with the Winnipeg Jets — accounting for roughly 12 per cent of the arena’s capacity.

A spokesman for the hockey club did not immediately respond to a request for comment.

Since May 28, the province has permitted a maximum of 2,500 in arenas or large theatres, with masks and distancing between people who don’t live at the same address required.

Montreal will host the Vegas Golden Knights for Games 3 and 4 of its Stanley Cup semifinal series on June 18 and 20. The series begins Monday night in Las Vegas.

The Golden Knights were allowed full capacity Thursday night and had 18,149 fans for their series-clinching win over the Colorado Avalanche.