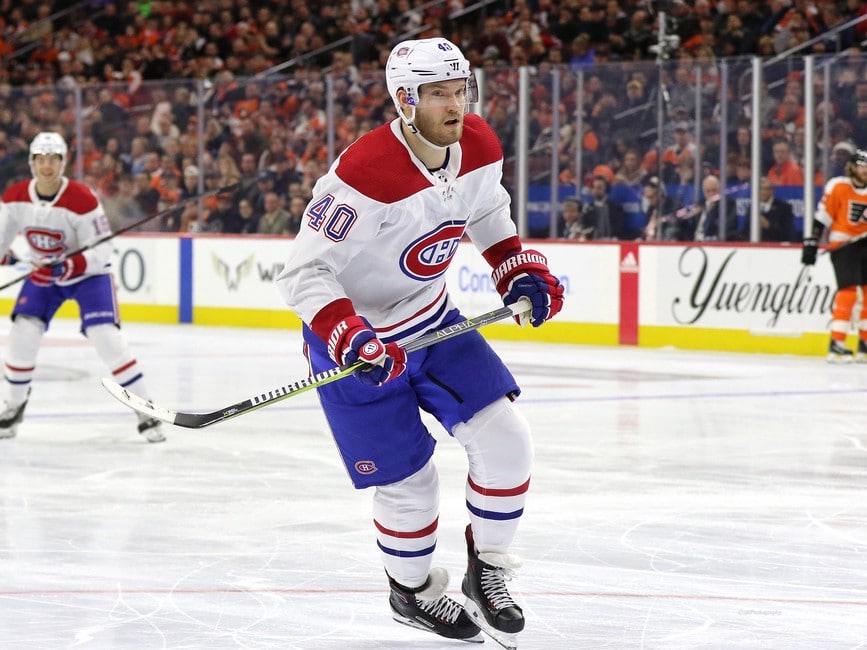 In today’s NHL rumors rundown, one Montreal Canadiens player has entered COVID Protocol. What’s the latest? Meanwhile, there are updates on some contract negotiations for the Vancouver Canucks, the Edmonton Oilers could be a team interested in talking to the Arizona Coyotes about Oliver Ekman-Larsson, and an NHL executive comments on the chances Evander Kane gets traded. Finally, which defenseman might teams be looking at if they miss out on acquiring Seth Jones?

One day before the Stanley Cup Final is set to begin, the Montreal Canadiens were without forward Joel Armia at practice and it wasn’t clear why. GM Marc Bergevin confirmed the buzz that was going around since there was no report of an injury, that Armia was, in fact, in COVID Protocol.

This does not necessarily mean he’s tested positive. It just means, for now, that there are irregularities in the test results. There will be further updates later on. Armia previously had COVID-19 in late March.

As per Rick Dhaliwal of The Athletic and CHEK Sports, the Canucks plan on talking to pending UFA defenseman Alex Edler soon. Edler’s agent, Mark Stow notes that the blueliner wants to stay, saying: “Alex loves Vancouver, certainly the desire is to return. I am looking forward to the call.”

Dhaliwal also notes that player agent JP Barry provided a couple of updates on forward Elias Pettersson and defenseman Quinn Hughes: “We are exploring shorter term for Elias 5 years and under, Quinn longer.”

Oilers to Kick Tires on Ekman-Larsson?

Ekman-Larsson’s situation will be an interesting one to watch this summer. With tons of speculation that he’ll be on the move and the Coyotes will try to shop his salary, it’s mixed on how interested other teams will be. Some say he’s not a player teams should be interested in, especially considering his declined production and $8.25 million contract for six more seasons. Others think he just needs a new environment to get back to his old ways.

Word is Arizona would take prospects and picks & also be willing to retain some salary in order to move Oliver Ekman-Larsson. Would they be willing to keep enough of his $8.25m in order to make the contract realistic in Edmonton? Remember, the maximum a club can retain is 50%. Dave Tippett has lots of experience with Ekman-Larsson. But then he did with Kyle Turris, too.

Leavins is not the first person to connect the Oilers to the defenseman and there were rumblings last offseason that Holland check in on the availability of the player before being told only the Boston Bruins or Canucks had a shot. If Holland were to go after Ekman-Larsson, it would surely complicate the situation for Darnell Nurse who also plays the left side.

In other Oilers news, Elliotte Friedman from noted this past Friday on Oilers Now with Bob Stauffer that there were “some rumblings that it wasn’t going to work out (in Edmonton)” between the club and Ryan Nugent-Hopkins. There’s been talk about $30 million has been set aside for a Nugent-Hopkins extension and the two sides are talking. Friedman said he looked into the chatter things had gone off the rails again and he said that rumor “was denied to me”.

After Daily Faceoff’s Frank Seravalli broke news that the Sharks might be looking at moving Kane in a trade due to locker room issues, SJHOCKEYNOW.com’s Sheng Peng checked into the likelihood that Kane gets moved. He spoke with an NHL executive who doesn’t imagine it will be an easy sell for the Sharks.

Despite Kane’s consistent production, he’s going to be a difficult player to move because of drama that’s followed him his entire career. His hefty contract is another thing that opposing GMs are going to be concerned about.

Matt Dumba a Good Plan B to Seth Jones

According to NBC Sports’ James O’Brien, Matt Dumba of the Minnesota Wild might be a nice backup option for teams that are interested in Seth Jones of the Columbus Blue Jackets. O’Brien points out that Dumba has better underlying numbers at even strength and a much lower contract with fewer teams bidding to acquire him.

LeBrun describes the interest in Jones as “off the charts.” That sure sounds like a bidding war, especially for the Blue Jackets, who probably didn’t want to trade Seth Jones in the first place… Meanwhile, Dumba has bubbled up in Wild trade rumors for a long time thanks in part to the Seattle Kraken expansion draft. So, you might be able to trade for Matt Dumba below his trade value. (Either way, his name just keeps coming up; do not take a shot* every time Dumba’s name comes up in these two articles from The Athletic’s Michael Russo.)