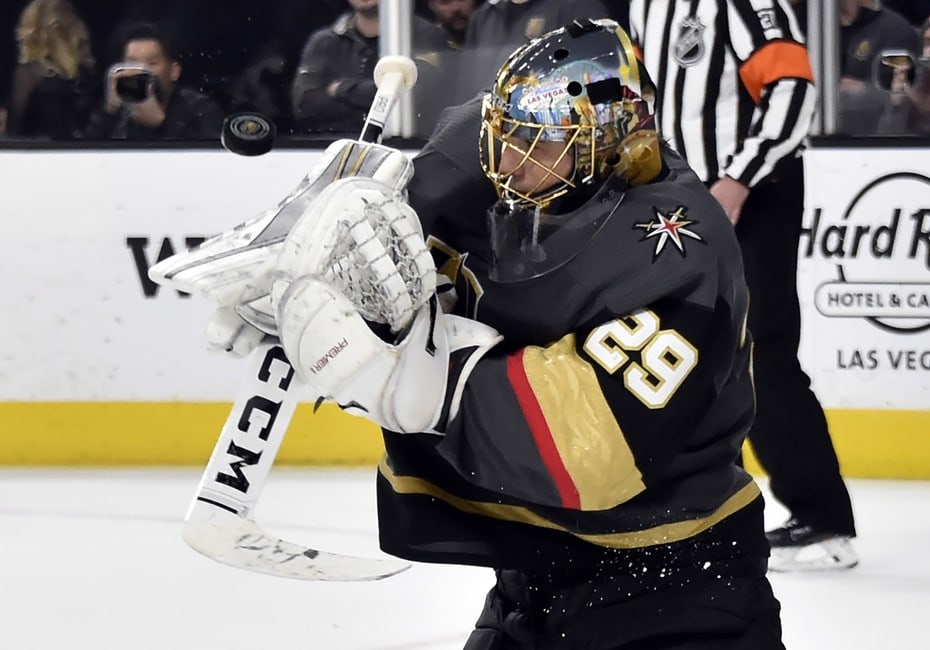 Taking a look at some of the bigger NHL news and rumors stories covered this week, the idea behind a rumors summary is to provide a rundown of the more pressing speculation or shed a bit more insight into earlier reports. What’s changed since we first covered the buzz? Can we shoot down some of these rumors now? Or, is there more to the story than was first reported?

A new feature we’ll call NHL Rumors Rundown of the Week, here are the most popular stories we looked at over the past seven days.

Matthew Tkachuk Rumors: Real or Not?

It was reported early in the week that Shane O’Brien was on the Power Play podcast with Steve Kouleas and he dropped a big big rumor that Matthew Tkachuk might want out of Calgary. O’Brien reported that the thought is that Tkachuk wants to join the St. Louis Blues. It was a story that got many Flames fans stirred up, but Sportsnet Insider Chris Johnston shed a bit more light on the story.

Saying a trade is not imminent and the belief is Tkachuk hasn’t asked to be moved, the Flames will be making some offseason moves, which could include trying to trade Johnny Gaudreau or Sean Monahan. If those two don’t get traded, someone like Tkachuk, who has one year left at $7 million and is a restricted free agent at the end of next season, could get moved. In other words, you can’t rule out a trade here, nor just dismiss this rumor because it sounds unrealistic on the surface.

Another big story comes out of Vegas as goaltender Marc-Andre Fleury is getting a lot of attention. A Vezina Finalist potentially being on the trade block is not easy to ignore. His $7 million contract for one more season could pose an issue for some teams, but other teams will be interested and there’s talk that Robin Lehner and Fleury will not be the tandem in Vegas next season.

Elliotte Friedman was recently noted he believes that a Fleury trade to Pittsburgh will probably pop up again in conversation this summer. It was a deal that was heavily rumored last summer, and while it fell through, don’t be shocked if talk surfaces again.

Fleury said in his post-season media conference that he doesn’t know what his future will hold but he would like to finish his career in Vegas and is very content with the relationship he has built with his goaltending partner.

Ekman-Larsson To Be Dumped by Coyotes?

Oliver Ekman-Larsson is going to be shopped by the Arizona Coyotes this offseason, according to multiple reports. The real question here is will the Coyotes simply try to shed his salary off the books, or are they looking to get a strong return? There are some who believe he could rebound, while others see him as an expensive and declining asset who is locked in for way too long to be effective.

Talk is that the Coyotes will reach out to other teams then get back to Ekman-Larsson instead of going to the defenseman first and seeing where he’s willing to go. The Hockey News believes the Boston Bruins might be the heavy favorites in any offseason talk.

Voracek’s Salary to Be Moved by Flyers?

Jakub Voracek could be on the trade block out of Philadelphia as the Flyers might be looking to move out his salary and make a lot of offseason changes. Voracek hit Frank Seravalli’s Top 20 list of names to watch on the trade block and it sounds like the Flyers will be targeting a defenseman if they can open up space to spend in free agency or add via trade.

Evander Kane On the Outs in San Jose

Evander Kane also made Seravalli’s list as it sounds like he’s ruffled a few feathers in San Jose. He’s got some disgruntled teammates who made it known in their exit interviews that they were not happy with his antics or his off-ice issues. GM Doug Wilson now has to decide if the Sharks keep the productive forward and his hefty contract or if they try to move it and maybe make sure team cohesiveness is at an all time high, or at least better than it is right now.

Expect Kane’s name to be out there for awhile and whether or not there are takers on him will be intriguing to watch. He’s good but he’s got some troubles that follow him wherever he seems to go.