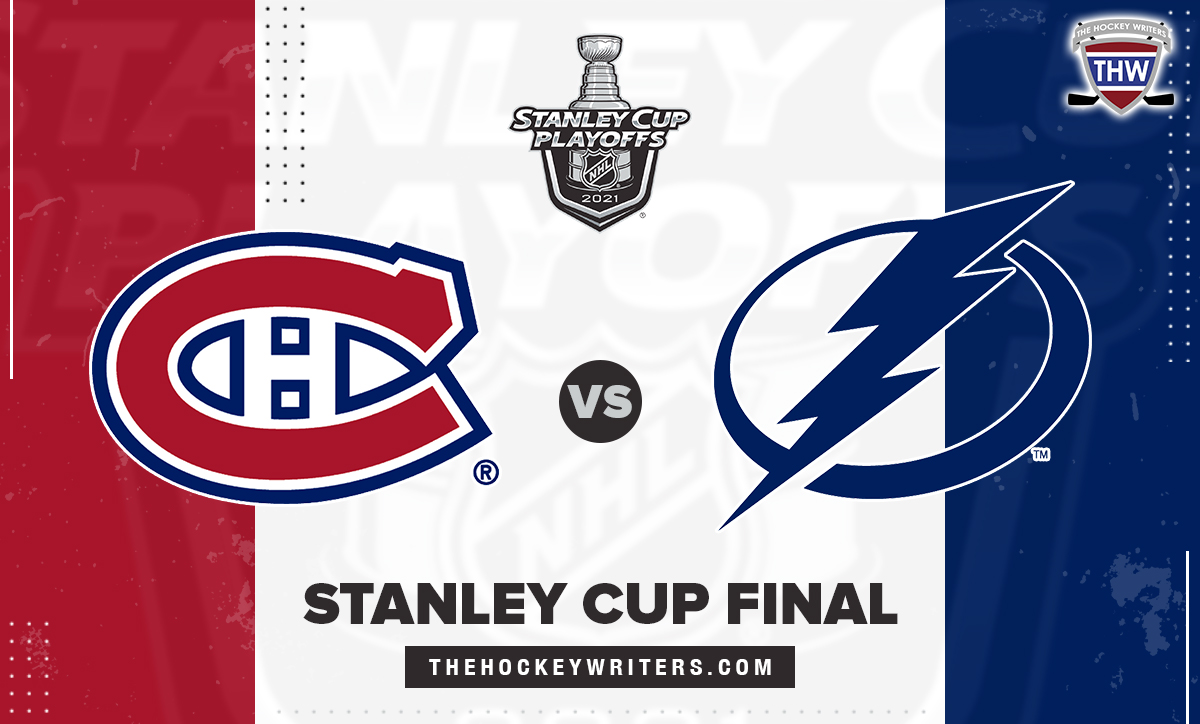 As the 2020-21 season progressed, one consistent storyline was fans. For many teams, the season started with empty buildings as the COVID-19 pandemic continued to affect daily life. Slowly, though, fans returned to buildings in the United States as local restrictions were eased, allowing for a few thousand people to attend games.

While stadiums in Canada remained empty, by the end of the regular season, most teams in the U.S. had some representation, with a few organizations pushing for as much as 50% capacity. This led to an interesting set-up for the postseason, where a few teams would be playing in front of half-full stadiums, others with just a few thousand, and most anyone in Canada with having to watch from home.

By the second round of the playoffs, more fans got into their home arenas, and by Round 3, they were packing into stadiums in Las Vegas, New York, and Tampa Bay. Even in Montreal, where restrictions were tighter, they were allowing 3,500 fans at games, leading to these series having a postseason atmosphere.

What might be lost during these increases to capacity, however, is the cost of getting into games. With limited seating available, this must mean that ticket prices increased exponentially, right?

To discuss this topic in greater detail, THW sat down with Kyle Zorn of TickPick.com, a secondary market ticket seller, to get the full scoop on what the pricing landscape has looked like for the 2021 Stanley Cup Final. Note: this interview occurred on July 2nd, before Game 3 in Montreal.

Eugene Helfrick: As we prepare for Game 3 and 4 of the Stanley Cup Final, what are ticket prices looking like in Montreal compared to what we saw in Tampa Bay?

Eugene Helfrick: What are some of the driving factors to ticket prices being so high for the Stanley Cup Final?

Kyle Zorn: Canadiens’ prices are very high right now, given that there are only 3,500 tickets are available, and only a small percentage of those are hitting the secondary markets. Even under normal circumstances, I would expect a Stanley Cup Final ticket in Montreal to be more expensive than in Tampa, especially with the franchise not reaching this point for decades. That is a mature and dedicated audience, and this lack of supply is putting ticket prices to an extreme.

However, even though the Lightning have more supply, which is driving the prices down, there are a few other factors in play. If the Canadians split the series at home, for example, you could see an increase in Game 5 ticket prices, as Tampa Bay would have the opportunity to close out the series at home and be the newest franchise to win back-to-back Stanley Cups in NHL history.

You see this a lot in sports, where if there is a chance of closing out a series at home, prices will spike 10 to 15 percent. On the other hand, if they go into Game 5 with a 2-2 series split, you may see prices deflate by 30 to 40 percent as tickets for these later games are often priced by resellers for the possibility of a closeout to avoid leaving a lot of money on the table.

So, if the Lightning end up returning home with a 3-1 series lead, I would expect even cheap tickets to go as high as $800, where if they are sitting with a split series, they will likely fall down to the $500 range.

Eugene Helfrick: Let’s say the series goes to Game 7. What would those prices look like?

Kyle Zorn: Right now, the get-in price of a Game 7 ticket is roughly $1100. This would be an interesting situation, though, as that would be a great storyline heading into that specific Game 7. Those games are always marquee events, and the fact that fans were unable to be in the building for their 2020 championship would create a once-in-a-lifetime situation for a Game 7. If that were to happen, I’d imagine you could see prices go as high as $1250 to $1400 just to get in the door.

However, if you had this exact scenario in a larger market, let’s say the New York Islanders or Boston Bruins, those prices could be in the $2000 range. This is not to say that the Lightning don’t have a large and dedicated following, but that their fanbase is still relatively new, and their ticket prices typically sit towards the middle of the league.

Eugene Helfrick: Out of curiosity, since many teams in the NHL and NBA either share a stadium or have a similar capacity, what are the prices running for the NBA postseason this year?

Kyle Zorn: This year’s pretty unique for the NBA. A lot of the big market teams aren’t in the Conference Finals, which has driven down prices. For example, if the L.A. Lakers (who won the 2020 NBA Championship) were following the same path as the Lightning and were competing for the 2021 NBA Championship, those tickets would be very expensive and would raise the average price up considerably.

In general, the NHL’s ticket prices are a bit higher than the NBA, which has continued this season. One factor of this is due to the Islanders making a deep run while having a unique storyline with this being the final postseason for the Nassau Coliseum. That brought a lot of interest to those games, especially as they advanced to the Stanley Cup Semifinals.

An interesting note from the NBA comes from the Lakers and L.A. Clippers. Here you have two teams who play in the same market and in the same stadium, yet see massively different ticket prices. Even though the Clippers made it to the Western Conference Final this year, you were still only seeing prices around $100 for the cheapest tickets.

So it’s definitely market-driven. This season, the teams in the NHL were in bigger markets, which increased their prices a good bit along with the limited capacity.

Eugene Helfrick: Have you seen any decrease in ticket sales or interest as restrictions were reduced and more fans were allowed into stadiums over the last few months?

Kyle Zorn: No, it’s pretty remarkable. The amount of transactions we’re doing on our end is very similar when compared to 2019, and we are even exceeding those numbers for the most part. We are seeing that across the board, from concerts to sporting events.

Eugene Helfrick: Well, thank you once again Kyle for spending some time here with THW today. Ticket prices are something many fans interact with but rarely think about. I really appreciated this expanded look into the market.

Eugene Helfrick is a Tampa Bay Lightning writer who is actually from Tampa Bay. He has written about the Lightning for six years, covering everything from their run to the 2015 Stanley Cup Final, to their crushing first-round exit in 2019, to their redemption in the bubble in 2020. While he is happy to talk about just about anything from cows to cars to video games, hockey will always remain one of his favorite pastimes.