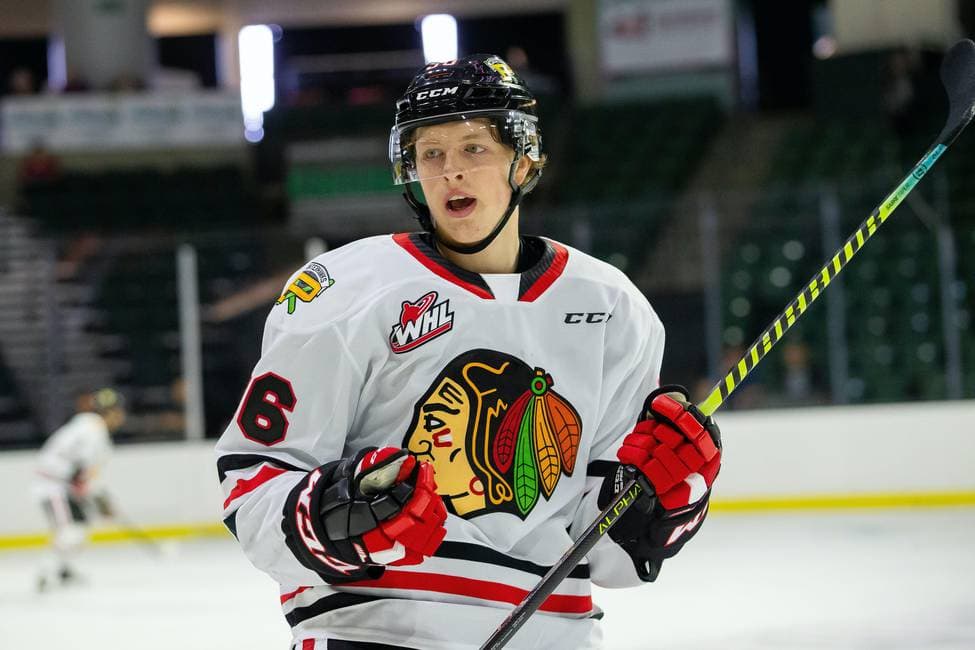 It’s not hard to make a first-round pick. Sure, there’s pressure to select the right player, but there are only a handful of names to choose from, and all of them are usually safe options; players that have been on everyone’s radar since the beginning of the season who have been scouted thoroughly. They are the players who are expected to change a franchise, so very little is left up to speculation, and nearly every one of the top-30 players will be on an NHL general manager’s list.

After that tense first day, however, the real work begins. Day two is filled with lesser-known prospects – the Central Scouting Service (CSS) lists over 400 eligible players alone, and that’s not an exhaustive list. There are far too many players to scout effectively, so teams often focus on a specific league or areas of familiarity, location, or other factors, which inevitably leaves some prospects out. However, late-round picks can also help you win championships. Three-time Cup-winner Pat Maroon was a sixth-round pick in 2007, and Nikita Kucherov, who led the 2021 Playoffs in scoring, was a 2011 third-round selection.

Thanks to an abbreviated season, the WHL will be entering the 2021 Draft as a relatively underrated league. Only four players are projected to be taken in the first round, and only a handful more are expected to go in the second. That’s a very low turnout for one of the best development leagues in the world, but that doesn’t mean there’s a lack of talent. You’ll just have to dig a little deeper to find those hidden gems. Here are five players that could end up being far more valuable than their draft ranking.

Coming into the 2020-21 season, Olen Zellweger was listed as a C-level prospect by the CSS, meaning he was projected to be picked somewhere in the last three rounds. The 5-foot-10 defenseman didn’t have a great rookie season, but it was far from bad, and he finished the shortened 2019-20 season with two goals and 12 points in 58 games. But everything changed when he was invited to Canada’s U18 World Championship selection camp, where he suddenly emerged as one of the team’s top defenders. Once the tournament began, he was one of the best of any team, scoring eight points in seven games and helping Canada win the gold medal.

He returned to the WHL with a fire in his step and put up 13 points in 11 games, the only WHL defenseman to score more than 10 points while also playing less than 14 games. He also had the fourth-highest point-per-game rate of all WHL defensemen. He plays a modern offensive style that utilizes speed and high awareness to drive the play, which is practiced most notably by Cale Makar, Quinn Hughes, and Samuel Girard, who Zellweger sees as his closest NHL comparisons. The only knock against him is his size, which is hardly a knock since players much smaller than him have become stars. He’s already flown up the rankings but still projects to be a second or third-round pick. His skill set, though, should have him bound for the first round.

Another fast-moving offensive defenseman, Jeremy Hanzel has left many scouts at a loss for words thanks to his uncommon intelligence and on-ice awareness. He loves using the give-and-go pass to create space that often leads to great goal-scoring opportunities, and he knows just how to tap the puck with his stick to direct it to a teammate or keep it in the offensive zone.

However, he’s gone mostly unnoticed by those outside Seattle, and a lot of that has to do with his production. In 23 games last season, he had two goals and eight points, which doesn’t scream top prospect. But it’s all the little things he does that make him so valuable, things that aren’t innate in many other young players. Right now, he projects to be a fourth-round pick, and the CSS listed him as their 77th best North American prospect, which feels far lower than he should be ranked. That just means teams that are paying attention will end up with a steal.

There are too many examples of small forwards who were passed over simply because GMs didn’t believe they had the size to survive in the NHL. That’s no longer the case. The modern game is about speed, and it’s getting faster every day as players continue to develop edgework techniques. That’s great news for the 5-foot-8 Trevor Wong, who has become one of the Kelowna Rockets’ best young forwards thanks to his great speed, relentless work ethic, and deceptive skating.

Last season, Wong experienced the growing pains that many 16-year-olds go through in the WHL, but he was able to overcome them and move up in the lineup when injuries struck, finishing with six goals and 14 points in 58 games. That wasn’t enough to catch the CSS’s attention, however, and he was left off the preliminary Players to Watch list. But when the 2020-21 season finally started, he made the most of it, scoring six goals and 16 points in 16 games. Had the season been longer, he might have been one of the league’s highest scorers among draft-eligible players. The CSS did recognize his efforts in their final report, shooting him up to 90th among North American skaters, but he may prove to be more valuable than a third or fourth-round selection.

Overaged players are always a tricky thing to predict in the draft. Their stats are often higher than their first-year draft-eligible counterparts, but that’s usually because they’re playing on the top-line due to their experience. It’s why very few get selected in the first round. But that doesn’t mean they’re always bad bets – look at Egor Sokolov, who was passed over twice before being selected by the Ottawa Senators in 2020, then went on to lead his AHL team in scoring this season. This year, that success story could be for Simon Knak, who is up for his second NHL draft.

Last year, Knak was ranked 81st by the CSS but somehow went unselected in seven rounds, despite scoring 34 points in 49 games and appearing for Team Switzerland at the World Junior Championship and several other international tournaments. Skating was cited as one reason he fell, so when the WHL season went on hiatus, he returned home and joined HC Davos along with Joe Thornton, scoring eight points in 25 games. Knak returned to Canada in February when the WHL resumed play and put his time playing Thornton to use by scoring 16 goals and 29 points in 24 games for the Portland Winterhawks. He’s improved in all the areas that were lacking last season, but CSS only ranked him the 86th-best skater in North America, which means he’s again projected to be a late-round pick, if at all.

The final player on our list is another overaged prospect who should have been selected last year, Owen Pederson. However, I saved him for last because he was one of my 10 underrated WHL targets for 2020. Last season, CSS ranked him 103rd among North American skaters, and like Knak, he’s fallen slightly this year, dropping to 105th on their list. But he’s still worth a late-round selection, as he brings a lot to the table. In 2019-20, he tied for second on the team with 28 goals and repeated that feat in 2020-21, tying two others for second with 13 goals.

Pederson is primarily a support player, but that’s not to detract from his skills – it takes an intelligent player to keep up with the best, and teammates Payton Krebs and Connor McClennan were two of the best this season, sitting first and sixth in league scoring, respectively. He’s great at getting into position for a pass, especially on the short side, and then uses his strong, accurate shot to send the puck home. Better yet, at 6-foot-3 and 205-pounds, he’s not easy to knock around and is not afraid to use his strength to win battles. His awareness is one of his best attributes, which is key for a support player, knowing when to fight for the puck or be ready for a breakout pass. Once again, he’ll be a long shot to get picked, but he may be a hidden gem for a team willing to take that risk.

With so few top-tier talents this year, the WHL is stocked to the brim with underrated prospects. Other names to watch as the draft winds down are forwards Connor Roulette, Jake Chiasson, and Eric Alarie, along with defenseman Nolan Allen. There are also several undersized second-year eligible prospects who were passed over last year, including 5-foot-7 Kyle Crnkovic, who was 10th in league scoring, and 5-foot-11 Ryker Evans, who was second in scoring among defensemen.

The draft is a big moment in many of these kids’ lives, and to see their dreams of playing in the NHL take a step forward is always exciting. While not all of those picked will eventually make it, taking a chance on a prospect is almost always worth it.

An elementary teacher by day and an avid hockey fan, Dayton joined The Hockey Writers in 2019 and currently covers the Ottawa Senators, World Juniors, and NHL Entry Draft.