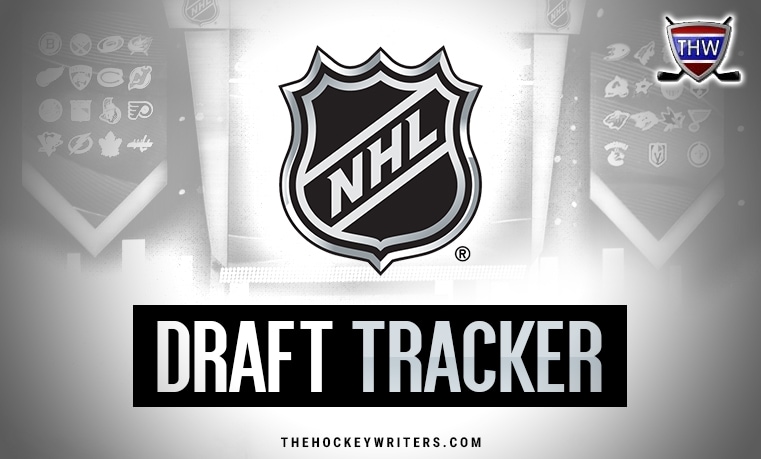 The 2021 NHL Draft is finally here. Similar to last year, it won’t be the normal festivities of players coming up to receive their jersey from an NHL general manager. It will be done virtually in their homes with their families. Nevertheless, 223 talented hockey players will realize the dream of being selected by an NHL franchise.

Unlike previous drafts, there is no clear-cut first-overall pick like a Connor McDavid, Auston Matthews, or Alexis Lafreniere. There are at least three players who could hear their name called right off the bat. They are, in no particular order, Owen Power, Matthew Beniers, or William Eklund. Heck, it could even be Luke Hughes. Beyond that, we have no idea who the Buffalo Sabres will ultimately pick. That’s what makes this draft so much fun, uncertainty and intrigue will be around every corner.

So without further adieu, here is the famed NHL Draft Live Tracker. This tracker will be updated as picks are made in the first round and will be updated at the end of each subsequent round for rounds two through seven. So, bookmark this page and be sure to check back all night long as the picks come rolling in.

Make sure to refresh (F5 or CMD + R) throughout the event

Matthew Zator is a THW freelance writer, editor, part-time journalist, and scout who lives and breathes Vancouver Canucks hockey, the NHL Draft, and prospects in general. He loves talking about young players and their potential. Matthew is a must-read for Canucks fans and fans of the NHL Draft and its prospects. For interview requests or content information, you can follow Matthew through his social media accounts which are listed under his photo at the conclusion of articles like this one about Tyler Motte.