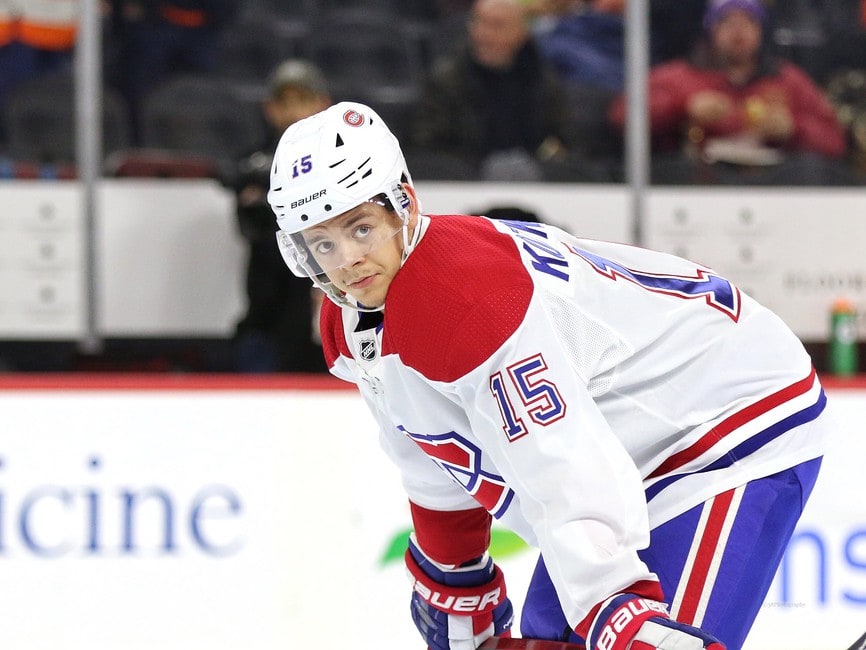 In today’s NHL rumors rundown, Logan Brown is looking to be traded by the Ottawa Senators. Will he get what he wants? Meanwhile, Rocky Thompson has stepped down as an assistant coach for the San Jose Sharks. Why? Will the Montreal Canadiens match the Jesperi Kotkaniemi offer or do they have another plan in the works and are the Washington Capitals still trying to trade Evgeny Kuznetsov?

Brown Looking to Be Moved

Bruce Garrioch of the Ottawa Sun notes that RFA forward Logan Brown hasn’t signed A qualifying offer with the Senators and is looking to be traded. Garrioch writes:

“A former No. 1 pick, he wants to be dealt before camp begins. Brown has yet to sign his qualifying offer… It hasn’t worked out for either side and it’s best they both move on, but Brown may have to accept a deal, come to camp and try to increase his trade value because he won’t be given away.”

GM Pierre Dorion said the two sides have talked as recently as this past Thursday and thought they’ll come to some kind of compromise.

Thompson will no longer act as an assistant coach with the Sharks, citing a medical condition that won’t allow him to get vaccinated and the complications with the NHL’s strict COVID protocols as the reason. Thompson said, “Under the new League protocols, I am not permitted to fulfill my duties on the Sharks coaching staff at this time,” Thompson said in a statement. “I will have no further comment on this matter.”

With a 5 pm deadline to match the Kotkaniemi offer sheet today, everyone (including the Carolina Hurricanes) is patiently waiting to see what the Canadiens do. Most insiders seem to believe that GM Marc Bergevin won’t match but he’s waiting the entire length of his seven days to put a little bit of a hold on Carolina conducting any other business, or just to be petty.

Instead, the belief seems to be that Montreal will take the pics and then potentially flip them to Arizona for Christian Dvorak. Lyle Richardson of SI.com writes:

The Pittsburgh Penguins have signed Brian Boyle and Matt Bartkowski to professional tryout contracts. Both are interesting choices as Boyle did not play in the NHL last season and Bartowski primarily played in the AHL with the Iowa Wild. If he’s signed, he’s unlikely to play with the Penguins, but would be more depth add to their AHL roster.

Will the Capitals Trade Kuznetsov?

Kuznetsov’s name is still out there in trade talks, but many believe if the Capitals were going to have traded him, they’d have done so by now. The 29-year-old center still has three years remaining at $7.8 million AAV with a 15 team no-move clause and a reputation for being a bit hard to deal with. His production has dropped and while the Capitals were looking to move him, there have been no developments on that end.

Now, GM Brian MacLellan has started talking as though the team will welcome the player back and Tarik El-Bashir of The Athletic writes:

My gut feeling on the Kuznetsov trade speculation is this: if he were going to be dealt, it probably would have happened by now… As I mentioned many times this offseason, trading Kuznetsov was never going to be easy.”

source – ‘Caps mailbag: Will Evgeny Kuznetsov remain a member of the Capitals? And discussing the team’s goaltending situation’ Tarik El-Bashir – The Athletic – 09/02/2021

Bashir notes that the Kuznetsov story will be an interesting one to watch this season because if he returns to the Capitals and his head isn’t in the right place, the Caps might make it an urgency to move him.