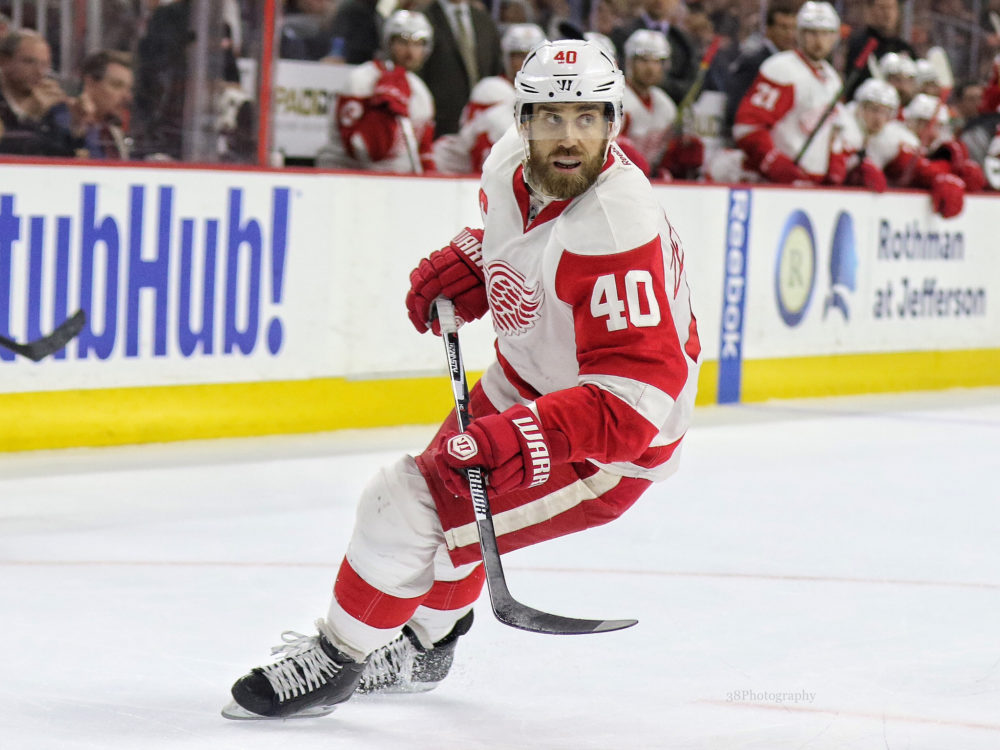 Sept. 14 has been a big date for international hockey as the United States pulled off a huge upset and Canada getting redemption. In the National Hockey League, a pair of Hall of Fame twins made their debut, a playoff hero in Motown called it a career, and a team advanced to the Stanley Cup Final for the first time in two decades. It is time for our daily journey through the years to relive all the best moments this date has to offer.

In 1996, the World Cup of Hockey was created, replacing the Canada Cup as one of the premier international tournaments. The original edition included the North American group of Canada, Russia, Slovakia, and the United States. The European group consisted of the Czech Republic, Finland, Germany, and Sweden. The top two teams from each group advanced to the semifinals, with the winners advancing to a best-of-three championship series.

The United States and Canada made it through to the championship series. Canada won the first game in overtime, 4-3, in Philadelphia. The series shifted to Montreal, where the Americans won the second game 5-2.

On Sept. 14, 1996, the two rivals met for a third and final game, once again, in Montreal. Brett Hull, who led the tournament in scoring, put the United States up 1-0, 11 minutes into the game by striking on the power play.

Canada dominated the second period and could have built a huge lead if it wasn’t for the play of goaltender Mike Richter. They did get a power-play goal from Eric Lindros to even the game heading into the final period of play.

Defenseman Adam Foote gave Canada a 2-1 lead with 7:10 left to play. Hull tied the game four minutes later by deflecting a shot by Brian Leetch past goaltender Curtis Joseph. The Canadians protested that Hull hit the puck with a high stick, but after a video review, the goal stood. 43 seconds later, Tony Amonte scored the eventual game-winning goal. The United States got two more goals in the final minute, from Derian Hatcher (empty net) and Adam Deadmarsh, to pick up their 5-2 victory of the tournament.

While this wasn’t quite the upset of the Soviet Union by the 1980 Olympic team, it still showed that the United States had come a long way as far as developing NHL talent.

The World Cup did not return until 2004, and it was the last time we saw the stars of the NHL on the ice for some time as the owners’ lockout that cost the 2004-05 season started two days after the tournament ended. The same eight teams for the 1996 edition competed in identical groups. This time it was Canada and Finland in the championship final, which was just one game this time around.

The Air Canada Centre, in Toronto, hosted the final game on Sept. 14, 2004. Joe Sakic got the host country on the scoreboard just 52 seconds into the game. Less than six minutes later, Riku Hahl drew Finland even. Early in the second period, Scot Niedermayer gave Canada a 2-1 advantage. Tuomo Ruutu tied the game with just one minute to play in the middle frame.

The game did not stay even for very long. Just 34 seconds into the third period, Shane Doan scored the game-winning goal. Martin Brodeur made 27 saves for the win, while Miikka Kiprusoff stopped 30 of the 33 shots he faced. Vincent Lecavalier was named the tournament’s most valuable player by scoring two goals and a team-leading seven points.

The Vancouver Canucks took on MoDo of the Swedish Hockey League (SHL), on Sept. 14, 2000, as part of the NHL Challenge in Stockholm, Sweden. This marked the first time Daniel and Henrik Sedin wore Canucks uniforms after being taken with the second and third overall picks of the 1999 NHL Entry Draft.

Daniel scored a goal and two assists against this former team while playing on the same line as his brother Henrik. The following day, he scored the overtime to beat Djurgarden to win the exhibition tournament.

Zetterberg Hangs Up His Skates

Exactly 14 years later, on Sept. 14, 2018, another great Swedish import, Henrik Zetterberg, called it a career. The Detroit Red Wings originally drafted Zetterberg in the seventh-round (210th overall) of the same draft the Sedins were taken. He went down as one of the greatest late-round picks ever after scoring 337 goals and 960 points in 1,082 NHL games, all in a Red Wings uniform.

The final six of Zetterberg’s 15 seasons in Detroit were spent as the team captain. He won the 2008 Conn Smythe Trophy for being named the most valuable player of the postseason, which ended in a Stanley Cup victory. He is currently fifth all-time in the Red Wings’ storied franchise history in goals, assists, and points. He is sixth in games played.

On Sept. 14, 1972, the New York Islanders opened training camp ahead of their inaugural season. The first practice in franchise history was held in Peterborough, Ontario. The team’s first season was ugly as they won just 12 games and earned 30 points, a league record for the fewest in both categories. However, they eventually built up a core of Hall of Famers and won their first four straight Stanley Cups just eight years later.

St. Louis Blues general manager Emile Francis named himself as head coach on Sept. 14, 1976. He went 32-39-9 and lost in the first round of the Stanley Cup Playoffs. He named Leo Boivin as his replacement for the following season. Francis came out of the general manager’s office to coach the team again for the last 12 games of the 1981-82 season and the first 32 games of 1982-83.

The Edmonton Oilers signed undrafted free-agent defenseman Charlie Huddy on Sept. 14, 1979. He made his NHL debut during the 1980-81 season and was part of all five of the Oilers’ Stanley Cup championships. He played 1,017 NHL games with the Oilers, Los Angeles Kings, Buffalo Sabres, and Blues before retiring in 1996.

Prior to the start of the 1989-90 season, the defending Stanley Cup champions, the Calgary Flames, and Washington Capitals took a trip to Europe dubbed the Friendship Tour. The two NHL squads played against the likes of Färjestad BK, Brynäs IF, CSKA Moscow, Dynamo Moscow, Dinamo Riga, Khimik Voskresensk, Krylya Sovetov Moscow, SKA Leningrad, Sokol Kiev, and Spartak Moscow. On Sept. 14, 1989, the Flames beat Khimik 4-2 in a contest played in Leningrad, Russia.

Veteran defenseman Garry Galley signed with the Islanders on Sept. 14, 2000, after spending the previous three seasons with the Kings. In his final of 17 seasons, he played 56 games for New York, scoring six goals and 20 points. He retired with 125 goals and 600 points in 1,149 NHL games.

A group of 20 current and former NHL players were born on Sept. 14. The first of these to play in the league was Gus Giesebrecht, born on this date in 1917. He had 27 goals and 78 points for the Red Wings in 135 games between 1939 and 1942. The most recent is Arizona Coyotes center Travis Boyd, who is turning 28 today.

Greg Boysen has been writing about the Chicago Blackhawks since 2010 and has been a site manager for both FanSided and SB Nation. He has been published in The Hockey News and was fully credentialed for the 2013 Stanley Cup Final. Among his various roles with The Hockey Writers are covering the Blackhawks, the AHL, writing the daily “Today in Hockey History” column, serving as a copy editor, and appearing and hosting multiple YouTube shows, including Blackhawks Banter. He is credentialed with the Chicago Wolves, Rockford IceHogs, and Milwaukee Admirals, while also being a regional scout for the NAHL. And, just because his plate isn’t full enough, Greg hosts trivia in the Chicago area two nights a week. For interview requests or to provide topic suggestions, follow Greg on Twitter and reach out.