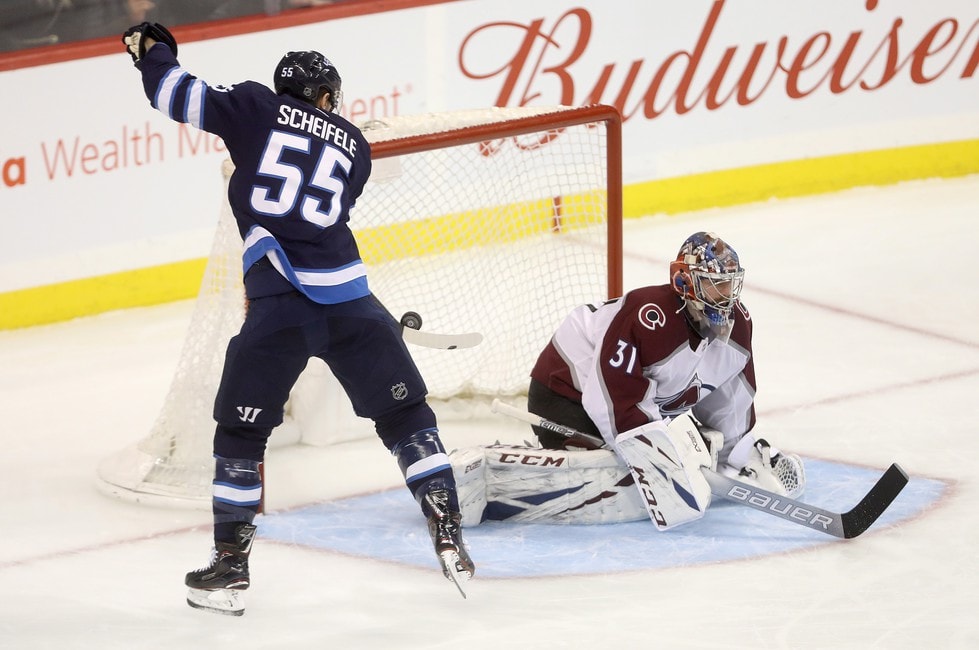 The 2021-22 NHL Central Division may not be the strongest in the league, but it could be argued it is the most competitive. However, the popular opinion is that the race is for second with most hockey pundits handing Colorado Avalanche the division title before training camps even open. The merits of the Avs cannot be argued, they are on paper the strongest team in the division, but a deeper look shows that vaulting them to the top of division in September may be a tad premature.

The Winnipeg Jets are by most accounts habitually underrated and they seem to be again this fall. The Vegas line has the Avalanche as 6-1 favourites to hoist the Stanley Cup in June, while the Jets are a much longer shot at 40-1, and while this may seem reasonable to the average bettor, a closer comparison between the two squads paints a slightly different picture.

Both teams can score. Last season the Avs scored the most goals of any team in the NHL at an impressive 3.52 goals per game clip, and fired 34.6 shots per game at the opposition’s net. After re-signing captain Gabriel Landeskog, the core of this offensive unit returns for the 2021-22 campaign, and there’s no reason to think they won’t attain those kind of numbers again.

The Jets, on the other hand, scored at a 3.04 goals per game, and took 29.7 shots in each match. A drop from their division opponent for sure, but here’s where you can look for some improvement. Their offence is very deep, and the scoring on this team evenly spread amongst the roster. They had eight players in double-digit goals last season, and are now looking for a huge improvement from Pierre-Luc Dubois. The left-handed winger, who was traded from Columbus, had an admittedly turbulent season last year. A more stable environment. and less exterior distraction, will bring his level of play back to where it was in 2019, and you’ll see third overall type numbers out of him offensively. This will bring the clubs scoring to a level higher than 12th overall from last year.

Give an advantage here to the Avalanche, but the gap has decreased from last season.

Defensively the Jets were at times abysmal last season, as was made obvious in the second-round playoff sweep to the Montreal Canadiens. They have dealt with that weakness by bringing in Brenden Dillon and Nate Schmidt through trades. These two defence-first players will add stability to the Jets blueline. Neal Pionk has been re-signed, and Josh Morrissey is looking to rebound from an off season in 2020-21. The Jets’ defence has been solidified and much improved, which should help alleviate the most glaring difference between these two clubs. The Jets surrendered 30.6 shots on net per game to their opponents while the Avalanche allowed only 25.4, which again was the NHL’s best compared to the Jets’ rank of 20th in that category.

The Avalanche’s defensive unit is just plain old stingy. Cale Makar, the 22-year-old, and a finalist for last year’s Norris Trophy, anchors a young, fast and cohesive unit, that last season simply shut teams down. The Avs goals-against average (GAA) was 2.36, behind only the Vegas Golden Knights, and that is a direct correlation to the strength of the blueline corp.

Again give the advantage to Colorado, but with Winnipeg’s improvements the defensive prowess of the Avs has shrunk.

Between the pipes is where the Jets have the Avalanche beat, and it’ll be interesting to see how this plays out for the favoured Avs. Starter and workhorse Philipp Grubauer signed with the expansion Seattle Kraken, and in his place GM Joe Sakic traded for Darcy Kuemper from the Arizona Coyotes. The 6-foot-5 Saskatoon, SK native was impressive in his three seasons in the desert, but was a lone wolf on a team that let him fend for himself far too often. Yet with minimal team play in front of him, over the past three seasons he posted an impressive .922 save percentage.

The Jets’ Connor Hellebuyck brings superior credentials to the table. His save percentage over the same period is an equally impressive .917, he was the Vezina Trophy winner in 2020, and is in that very conversation annually. He is also a likely candidate to be the starting goaltender for Team USA at the 2022 Beijing Olympics.

However, the real difference between these two elite netminders is durability. Since 2018-19, Kuemper has started in only 53% of the Coyotes’ games. In that season he started 55 times for Arizona, and after that 29 games is the greatest number of starts he has in any one season. Compare that to Hellebuyck, who has started 78% of the Jets’ games, and in the past three seasons has played in 62, 56, and 45 games, respectively. In that time he faced just under 1900 more shots than Kuemper. That extra puck rubber is more shots than the Avalanche netminder has faced in the past two seasons combined. Hellebuyck is a workhorse.

If Kuemper can stay healthy the Jet’s advantage lessens somewhat, but in 10 years he hasn’t shown he’s up to the wear and tear of a full NHL campaign. Big advantage goes to the Winnipeg Jets.

Do the Jets have what it takes to overtake the Avalanche in the Central Division? They are certainly closer than most people give them credit for. The Jets are consistently underrated, and are once again this year. The offseason moves by the Winnipeg front office have definitely made them a better squad, but it’s not going to be quite enough to get them over the hump this season. The Avs are heavily favoured to win the division, and they likely will, but to simply hand them the title belt in September before the fight begins is somewhat anticipatory.

Keith Forsyth is a retired high school teacher and coach from rural Manitoba, and is covering the Winnipeg Jets for The Hockey Writers.  He spent 31 years in the education system, working with kids in the classroom and on the playing field where he established a number of lasting relationships.  He spent his youth playing baseball and hockey with the latter being his favourite.  He played junior and university hockey in the mid-eighties and then took to coaching, where he spent the past 26 years coaching basketball and baseball at the high school level.  He has two successful daughters who have spread their wings in other parts of Canada, and has been married to his high school sweetheart since 1990.