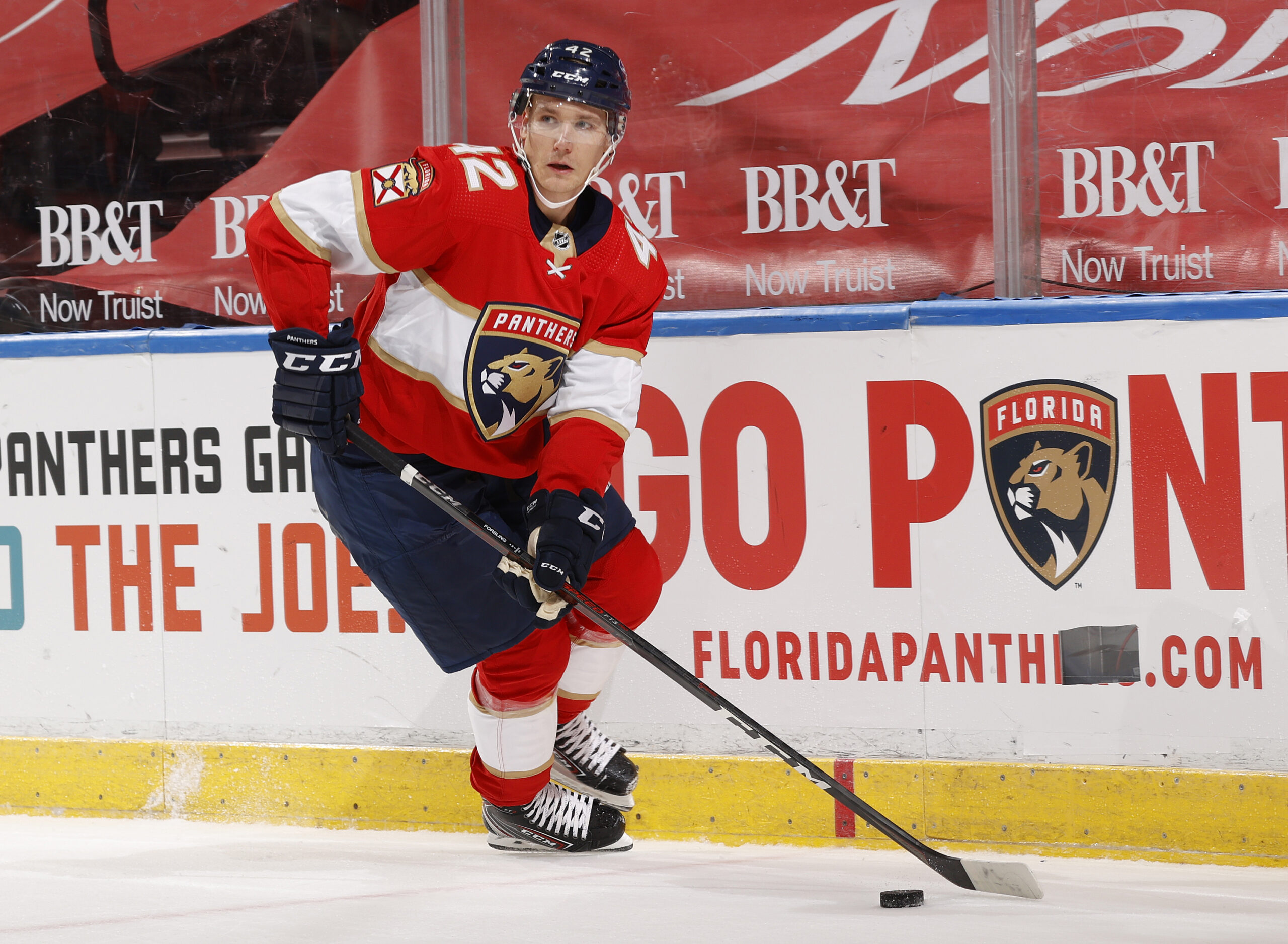 The Florida Panthers enter next season with somewhat of a question mark at defense. While their top-two defensemen are set with Aaron Ekblad and MacKenzie Weegar, there’s not much else that stands out past that. But with the amount of talent on the active roster and in the pipeline, three players are destined for a breakout season.

After being taken off of waivers, Gustav Forsling came into the fray and immediately made an impact for the Panthers. His two-way game was on full display this shortened season, scoring five goals and assisting on 12 more through 43 games. At the end of the regular season, he led all defensemen and was fourth overall on the team in rating with a plus-17.

In the playoffs, he did not make too much noise but had a noticeable impact, tallying a goal and an assist in six postseason appearances. With a good season like that from a player coming off of the waiver wire, he earned himself a new deal with the Cats as he inked a three-year contract with an average annual value (AAV) just north of $2.6 million this past offseason.

With him being on the second defensive pairing, the departure of Keith Yandle, and his excellent performance from the preceding season, he is in prime position for a breakout second season as a Panther. His understanding of coach Joel Quenneville’s system is evident and should help him flourish in Sunrise, Florida.

Being acquired via free agency as the best college free agent on the market, Florida tried to give the defensive corps some new blood in Matt Kiersted in time for a push to the postseason. The North Dakota prospect was featured in seven regular-season games last year, but did not record any points. Despite being with the team for their first-round meeting against the Tampa Bay Lightning, he did not see the ice for any sort of playoff action. In the prospect tournament, he notched an assist against the Nashville Predators’ prospects.

This season, he will be featured at the Panthers’ development camp and will be included in the prospect tournament featuring the Lightning, Predators and Dallas Stars. In addition, the bottom pairing has become somewhat of a revolving door of players. With the extra time he’ll get to hone his game, along with the little NHL experience he has, he should be destined for a breakout season for Florida and assert himself into the third defensive pairing.

Drafted 66th overall back in 2017 by Florida, Max Gildon has quietly emerged as a potential name for the Panthers to consider on their roster over the past few seasons as a great defenseman on both sides of the puck. In 101 games over three seasons with the University of New Hampshire, he tallied up 83 total points (21 goals, 53 assists). In a short loan with the Bakersfield Condors in the American Hockey League (AHL), he piled up 19 points (two goals, 17 assists) in 32 games. In the playoffs of that season, he assisted on three goals in six appearances.

With the type of player Gildon is, he should become a great piece for that final pairing as he has the offensive skills to find the back of the net and set up plays. In addition, he has phenomenal defensive ability to force turnovers and lay out a big hit. With the high ceiling he has, he may have the potential to play a decent number of minutes in the NHL. He should be a name to keep an eye on at development camp this year.

Who is Going to Step Up?

The season is less than a month away, and while there are still questions to be answered, the answer may be closer than it appears. Even if some of the younger ones don’t make the cut, they have time to hone their talent in Charlotte and make a name for themselves in the AHL. With the amount of current talent on the roster, Forsling included, there’s a good chance that may happen for some of them. However, the third pairing has been seen as a revolving door as of late, so their NHL chance may come faster than previously thought.

My name is Joey. I’ve been writing about the NHL for about 3 years with my experience spread out between TSJ 101 Sports and Panther Parkway. I look forward to you reading my articles!