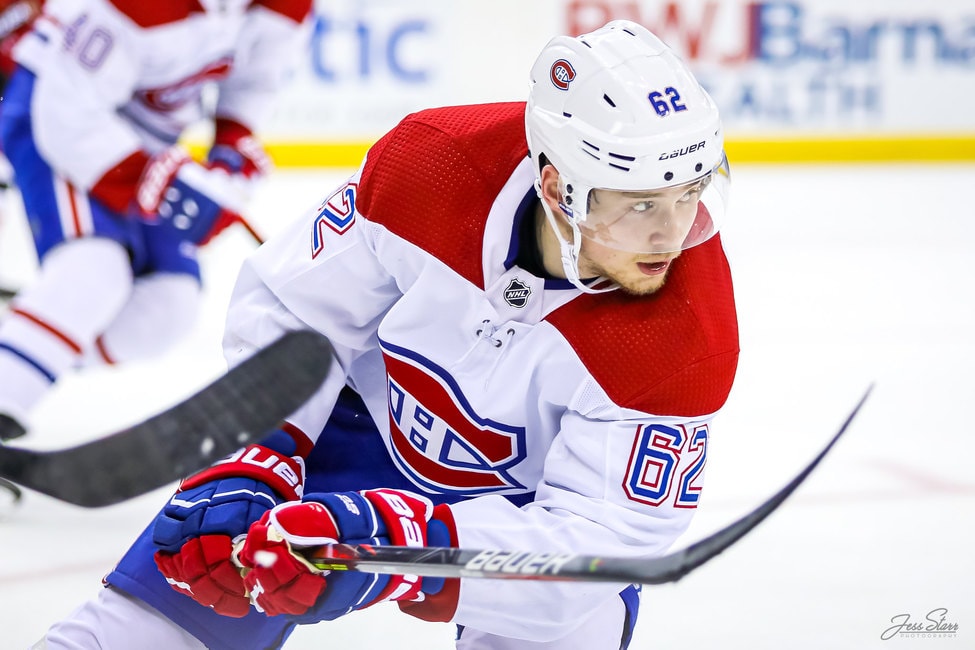 The Montreal Canadiens are hurting right now, literally and figuratively. Losses are piling up, frustration is mounting, and the playoffs are a pipe dream. General manager Marc Bergevin has a few months to determine what direction he wants to take his hockey club. Although the 56-year-old GM has indicated he does not intend to make panic moves, it’s hard to believe the team will look the same by training camp next season. Decisions need to be made, including whether Montreal should re-sign restricted free agent (RFA) Artturi Lehkonen this offseason.

Lehkonen has been a staple of the Habs’ bottom six for six seasons. While he flies under the radar, the 26-year-old has been one of the club’s most dependable players. He is not flashy or physical. He isn’t going to break four players’ ankles with his stickhandling Connor McDavid style, and he won’t be smashing any scoring records. But what he lacks in some areas, he makes up for in others, and for these reasons, the Canadiens should make sure Lehkonen is part of their plan.

Lehkonen has been one of Montreal’s most consistent players at even-strength this season. His point totals are nothing to write home about, but what No. 62 brings goes beyond the box score. The eye test does not tell the full story, which is why role players like Lehkonen often fly under the radar. They do the little things right.

To clarify, the splashes of blue and red above, blue represents the areas where Montreal allowed fewer shots compared to the league average, while the red represents the opposite (in 2021-22). The charts indicate that Lehkonen makes a significant difference in the defensive zone. With him on the ice, there is a blue masterpiece around the Canadiens’ net, indicating the team gives up far fewer chances in scoring areas than the league average. Without him, the Habs’ surrounding crease area is plastered in red as they struggle to prevent high-danger shots. All else being equal, Montreal is expected to allow over a goal more per 60 minutes without Lehkonen on the ice.

The counterargument is that Lehkonen is likely playing against third- and fourth-line forwards, but that hasn’t been the case. Most of Lehkonen’s minutes have been logged against the opponent’s best forwards, while players like Josh Anderson have been sheltered in their deployment this season (per HockeyViz).

According to HockeyViz’s With Or Without You (WOWY) stats, the Finnish native has made every player he’s played with this season better at 5-on-5. Lehkonen’s ability to keep shots to the outside cannot be understated, a part of the game that’s so subtle yet so important. When it comes to defence, he passes with flying colours.

No Offense? No Problem

Lehkonen’s offensive output is where he struggles. The 26-year-old winger has only eclipsed the 30-point mark once in his career, and while he generates his share of scoring chances, his ability to convert is below the league average. Canadiens fans can attest — the guy misses the net a lot. It’s the part of his game he needs to work on most, and perhaps it’s the main reason why he is not a top-six forward.

However, there is something to keep in mind when considering his offensive stats. Scoring is not his role. Lehkonen’s job is to be that reliable two-way winger, keeping the opposition’s top players at bay. As shown in the chart above, his strong even-strength defence this season is not an anomaly. Since starting his career in 2016, the Finnish winger has proven to be a relentless shutdown forward who forechecks hard and makes smart hockey decisions — a low-key pest, if ever there was one. Anything additional, like scoring the overtime winner in Game 6 of a Stanley Cup Playoff game, is a bonus.

Lehkonen Is A Keeper

Lehkonen plays an invaluable role for the Canadiens. He takes on the tough minutes that most bottom-six forwards can’t do, an underrated benefit that eases the pressure on teammates who thrive in other situations, like Mike Hoffman, who struggles at 5-on-5 but dominates on the power play.

No. 62 is never going to be an offensive guru. He isn’t going to light up the scoreboard, and he will not make you jump off your couch very often. Like baseball, the bottom of the lineup isn’t filled with the players who hit it out of the park. But they can be difference-makers on any given night. Lehkonen is that difference-maker for the Canadiens, and with his contract likely coming at a reasonable price, it should be a no-brainer to keep him in their plans.

Ryan graduated from the Ryerson School of Journalism in 2015 and contributes to the Montreal Canadiens section. He has also previously worked for STATS LLC as a Hockey Reporter and the Rant Media Network as a Copy Editor.