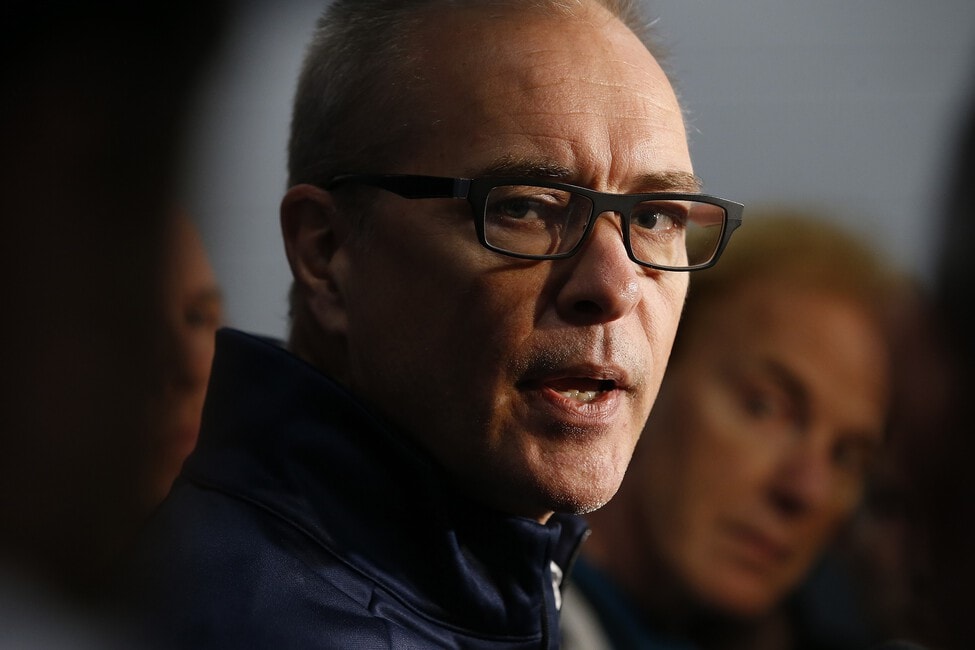 The Winnipeg Jets have gone as far as they can go with head coach Paul Maurice, and must make a coaching change if they want to reach their full potential.

Despite being considered a legitimate Stanley Cup contender after a strong offseason where general manager Kevin Cheveldayoff addressed the Jets’ most pressing needs, the ultra-talented team is not succeeding under Maurice’s leadership.

A deep roster that features a number of offensive weapons, a much-improved back end, and Vezina-calibre goaltending has won just 10 of its first 22 games this season, and appears less than the sum of its parts.

In November, 2011, former THW contributor Andrew Hirsch wrote a piece entitled “The Carolina Hurricanes Need to Fire Paul Maurice (Again).” In the article, Hirsch outlined a number of Maurice’s flaws he believed would prevent the Hurricanes from pushing for another championship.

“Maurice’s deficiencies have become transparent,” Hirsch wrote. “Veterans seem to get a free pass with him, as Tomas Kaberle and Alexei Ponikarovsky continue to log big minutes despite their blatant inadequacies while younger players take a back seat. His constant line-juggling has given the ‘Canes very little chance to develop chemistry with one another. Maurice actually made the right call in moving the struggling Eric Staal to right wing, only to push him back to center several games later despite the captain’s improved play. The “Skins & Finns” line of Jeff Skinner, Jussi Jokinen and Tuomo Ruutu was far and away the most productive line Carolina’s had this year, but they’ve been broken up. Neither Jokinen nor Ruutu has a goal since their coach decided split apart the one good thing he had up front.”

It was eerie for the author, a decade later, to read this. One could just plug in new names and it would be a completely accurate assessment as Maurice’s shortcomings in 2021 — they are exactly the same. It shows a stubborn man who hasn’t evolved or grown in lockstep with the game.

Maurice’s veteran bias has hurt the Jets for years, with his propensity for playing underachieving plugs and journeymen over top prospects becoming increasingly untenable. Recent examples include Riley Nash over David Gustafsson and Cole Perfetti, Nate Thompson over Kristian Vesalainen, and Nathan Beaulieu over Logan Stanley. Historic ones include Shawn Matthias, Matt Hendricks, and Mark Letestu over top prospects of the time such as Nic Petan.

Maurice still gives veterans a free pass and doesn’t hold them accountable for poor play. Blake Wheeler is his obvious golden boy: despite not being able to keep up at 5-on-5 anymore, the aging captain is still logging nearly 20 minutes per game and received an unwarranted promotion back to the top six.

Cheveldayoff and fans alike should be quite concerned about whether 2020 first-round phenom Perfetti, Gustafsson, Heinola, Dylan Samberg, and other promising youngsters will ever be given a legitimate chance with Maurice at the helm, or if they’ll be forced to toil away on the bottom six or in the minors.

When Maurice does make changes to his lines, they’re either nonsensical or unnecessary. For an example of the former, he recently reunited the top line of Kyle Connor, Mark Scheifele, and Wheeler despite that trio being proven — over multiple seasons — to be too weak defensively at even strength to be viable.

For an example of the latter, he broke up the then-top line of Connor, Pierre-Luc Dubois, and Evgeny Svechnikov despite their obvious chemistry and strong play during a very successful 5-1-1 home stand last month. Since putting Wheeler and Scheifele back on the top six — shortly after both of them recovered from COVID-19 — the Jets have lost six of seven and have scored just nine goals.

The players appear uninterested and uninspired; Svechnikov’s and Nikolaj Ehlers’ recent demotions seem to have demoralized them. How could they not be resentful of teammates who get treated with kid gloves?

Jets’ Recent Low Just the Latest of Too Many

The Jets have hit new lows in their current slump, with an embarrassing 7-1 defeat to the Minnesota Wild followed just three days later with a lifeless 1-0 loss to the lowly Arizona Coyotes at home.

The lows have been many since the run to the Western Conference Final in 2018: a late-season collapse amid rumours of a locker-room divided in 2018-19 that saw the Jets fall from first in the Central Division and lose to the St. Louis Blues in the first round; a big losing streak in the latter stages of the 56-game 2020-21 campaign that saw the Jets once again squander a chance to finish first; a second-round sweep to the hands of the Montreal Canadiens in June that completely exposed Maurice’s fundamental flaws as a coach.

Maurice holds court with the media well and has produced many memorable sound bytes. But his gift of the gab hides the fact he often spouts tired cliches, makes lame excuses for mediocre play, or doesn’t actually say much of substance.

Time for True North to Cast Misplaced Loyalty to Maurice Aside

In 2011, Hirsch wrote “keeping Maurice on board sends a bad message to the fans. The Carolina market has matured by leaps and bounds since Coach ‘Mo’ was first told to pack his bags eight years ago. The locals have become far more educated on the sport over the years and have seen their team win the Stanley Cup — they will not settle for mediocrity. Their growing apathy could ultimately drag the franchise down into the stereotypical depths our Northern brethren expect from sunbelt hockey teams, but a proactive attitude and sense of commitment can easily prevent that.”

Two days after Hirsch wrote his piece, the axe did fall — Maurice was fired and replaced with Kirk Muller.

The True North organization finds themselves in a similar position as the Hurricanes were a decade ago. They are extremely loyal, but with the case of Maurice, are being loyal to their own detriment. Many coaches would have been shown the door after the 2019 loss to the Blues.

A sizeable portion of the Jets’ fan base — whose calls for his ouster have reached an all-time high volume — have already become apathetic. Alienating loyal fans is dangerous, considering attendance is down league-wide for a number of reasons since the COVID-19 pandemic. Some fans are actually rooting for the team to keep losing so “Mo” will go.

Every game True North sticks with Maurice going forward, they signal they value one man more than the fan base that has made them a financial success and has dedicated countless hours and tens of thousands of dollars to supporting.

The Jets have too much potential to be squandered and are in “win now” mode, with Cheveldayoff having spent right up to the salary cap ceiling this offseason. At this point, replacing Maurice — the NHL’s second-longest tenured bench boss to the Tampa Bay Lightning’s Jon Cooper — shouldn’t be that hard of a decision at all.

Maurice is in his ninth season as head coach, and the Jets have advanced past the first round of the playoffs just twice — in 2018 and last season. Cooper has coached the Lightning to seven playoff appearances, two conference finals, and two Stanley Cups. Cooper’s earned his loyalty through results; Maurice’s has not.

Maurice deserves credit for helping the Jets attain respectability since taking over from Claude Noel in 2014 — and by all accounts, is a good person — but it’s become clear he’s not the man to lead them into the promised land. It’s time for the organization to get serious about winning and find new blood. The players and fans deserve it.

Declan Schroeder is a 26-year-old communications specialist and freelance journalist in Winnipeg, Manitoba. He holds a diploma in Creative Communications with a major in journalism from Red River College and a bachelors in Rhetoric and Communications from the University of Winnipeg.

Deeply rooted in the city’s hockey culture, the original Jets skipped town when he was two and the 2.0 version came onto the scene when he was 17.